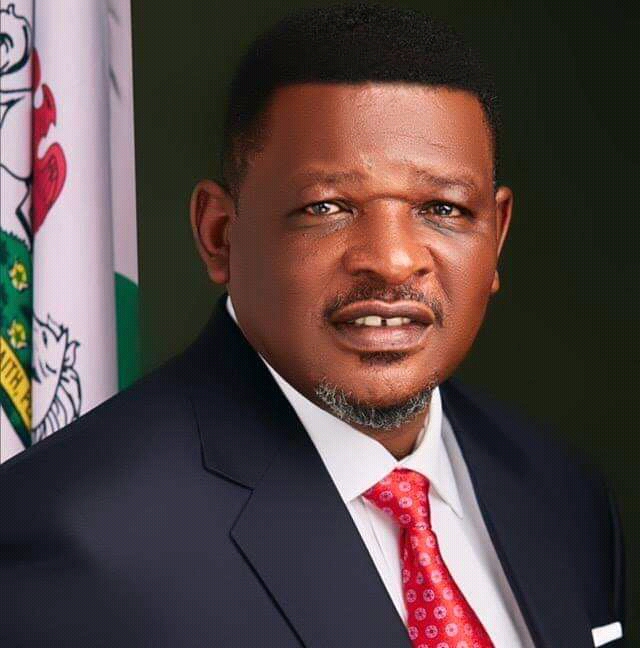 Nigeria’s Minister of State for power, Goddy Agba has stated categorically that the responsibilities of his office doesn’t include handing out rice, clothes, and other items to people during festivities.

According to the Minister, his roles are not also limited to specific sections of the country, but the entire nation.

He, therefore, urged the people to demand durable and life-changing projects.

A report monitored on Vanguard has it that the Minister made the submission in reaction to requests for items such as bags of rice, cooking oil, and wrappers which have besieged his office.

Agba noted that the provision of electricity to urban and rural communities remains the core priority of his office and represents why he was appointed into the office.

The Minister in a statement by his media aide, Mr. Ofem Uket in Calabar disclosed that in less than two years of being appointed into office, available records show great improvement in the supply and provision of electricity in the country while other projects are also in the pipeline.

“Some of the states which have benefitted from electricity intervention programmes include Lagos, Oyo, Osun. Edo , Ebonyi, Benue, Kano, Kaduna, Bauchi, Niger and satellite towns within the Federal Capital Territory ,FCT,.

“Greater attention is focused in the rural areas to take advantage of the emerging alternative energy sources in Nigeria; particularly the solar mini-grid systems,” the statement noted.

While stressing the commitment of the current administration to continue to implement power projects, the Minister urged areas that are yet to be reached to exercise patience.

Citing Bekwara Local Government Area of Cross River State which was without electricity for six years but has now been connected, Agba noted that many other communities will soon smile.

“In northern Cross River State, areas far away from the National Grid are being provided with the solar mini Grid electricity one of such places is the Bottom Hill of the Obudu Ranch Resorts with the intention of providing electricity to the people of Bottom Hill, Agbakoko, Belinge, and Amana”.

He concluded that “We must always bare in mind that Ministerial appointments are given National responsibilities, thus it is quite erroneous to expect a Minister to completely focus on his/ her State of origin”.

The development was disclosed by the Senior Special Assistant to the President on National Assembly Matter, Senator Babajide Omoworare.

Omoworare said, “The Appropriation Bill has been transmitted by the National Assembly to Mr President in conformity with the provision of Section 59 of the constitution. The bill is presently being looked at by Mr President and consequent action will be taken in due course.”