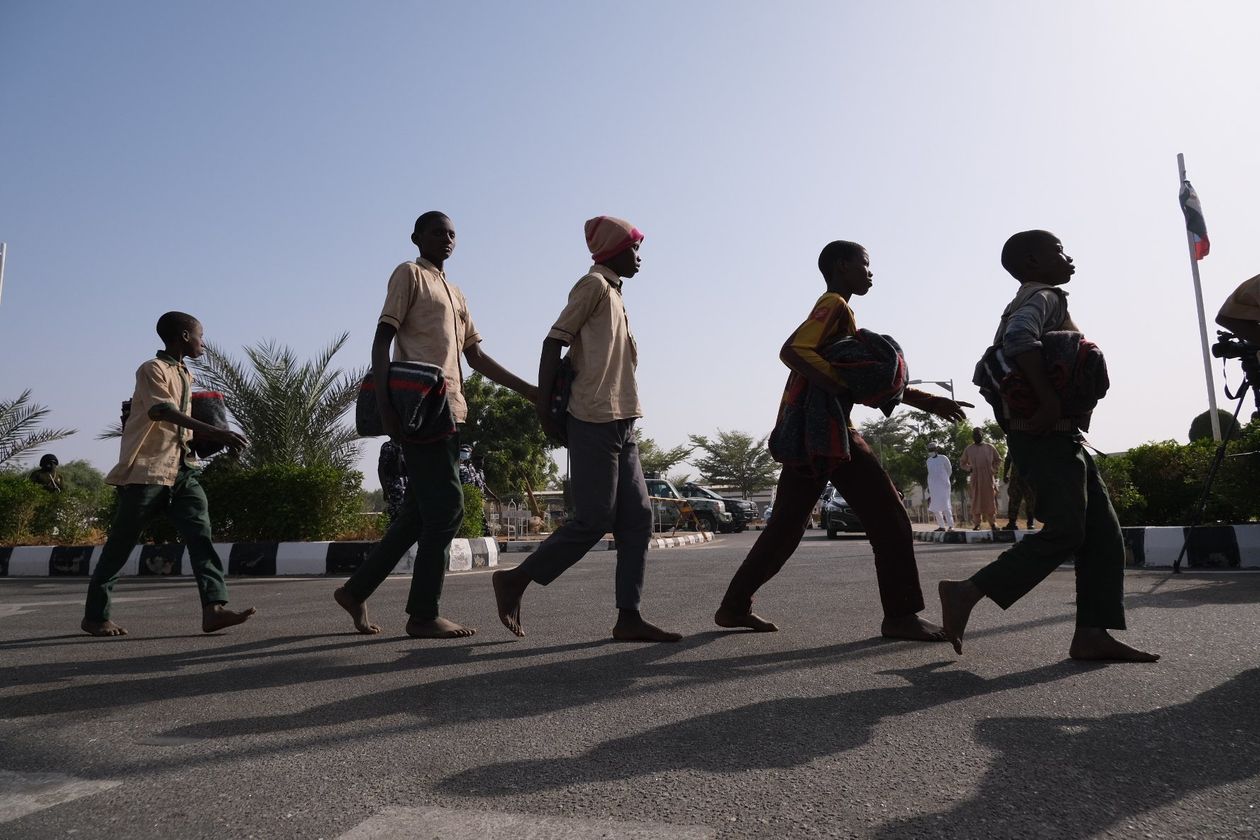 Freed students were led into a government building in Katsina, Nigeria, on Dec. 18.

Some students abducted in the Government Science Secondary School by bandits but later released have claimed that their abductors were paid the sum of N30m as part ransom.

The students noted that the total demand for their request was N344m or N1m per schoolboy.

This is coming a few days after the Presidency, Zamfara State Governor, Bello Mattawale, the military and the Kastina State Governor, Aminu Masari, claimed that the kidnappers released the schoolboys for free.

Three of the schoolboys during an interview with the United States publication, Wall Street Journal, claimed that over N30m was paid.

They further stated that the figure paid could more than the stated ransom, they also disclosed how they were beaten and dehumanised.

A person familiar with the negotiations also told the newspaper that a large sum of money was paid as ransom.

One of the schoolboys, identified as Yinusa Idris, during the interview said the kidnappers were initially paid N30m but decided not to release the boys because they had demanded N344m.

“They threatened to release only 30 of us when the N30m initial ransom was paid. They even took 30 of us away on motorcycles ready to release us,” Idris said. 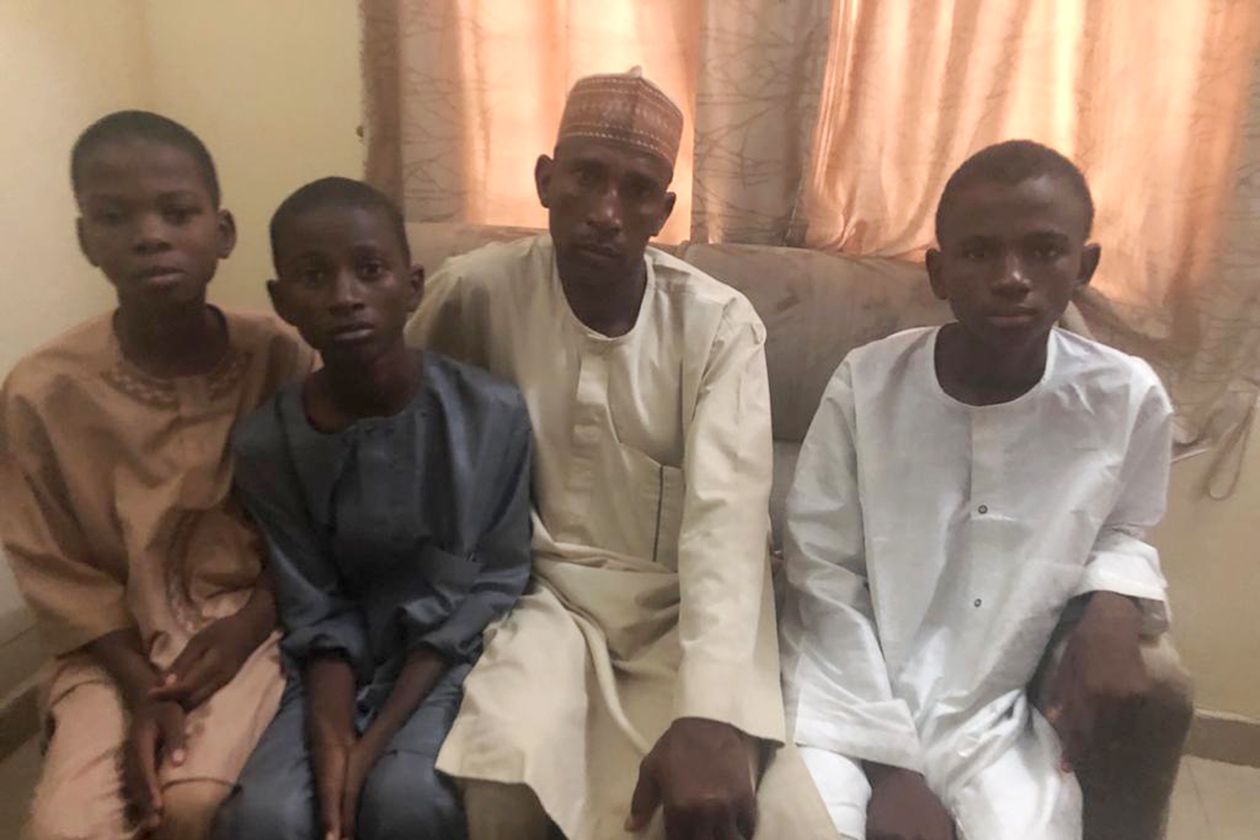 Abubakar Lawal is flanked by sons Buhari (in white) and Anas, with a fellow student (far left) who was also among those abducted on Dec. 11.

According to the newspaper, eight of the freed students, boys as young as 13, were forced to eat raw potatoes and bitter kalgo leaves to survive. They were seldom allowed rest and slept on rocky ground.

Another pupil, Imran Yakubu, who is 17, said one of the kidnappers said, “N1m must be paid for each student…or we will recruit or kill you.”

The person familiar with the negotiations during the interview disclosed that the ransom was transferred in three tranches.

According to the WSJ, on December 16, the bandits threatened to abduct the boys again if they returned to school.

“There were more than 100 armed men in the school courtyard. They were shining bright flashlights and streaming into the pastel-coloured buildings. ‘Gather here. We are soldiers,’ they said.

WSJ added, “The gunmen, some on foot, others on motorcycles, ordered the boys to walk in a long column, hitting anyone who walked too slowly with a whip or rifle butt.”

“At one point, when the guards were looking at the sky, two students close to the back of the convoy tried to slip away. The hostages were all told to halt so they could watch their classmates being punished.”

“The older one’s hands were tied to a tree and he was beaten. Water was poured on his body in the early morning so that he could feel the freezing cold,” one of the students narrated.