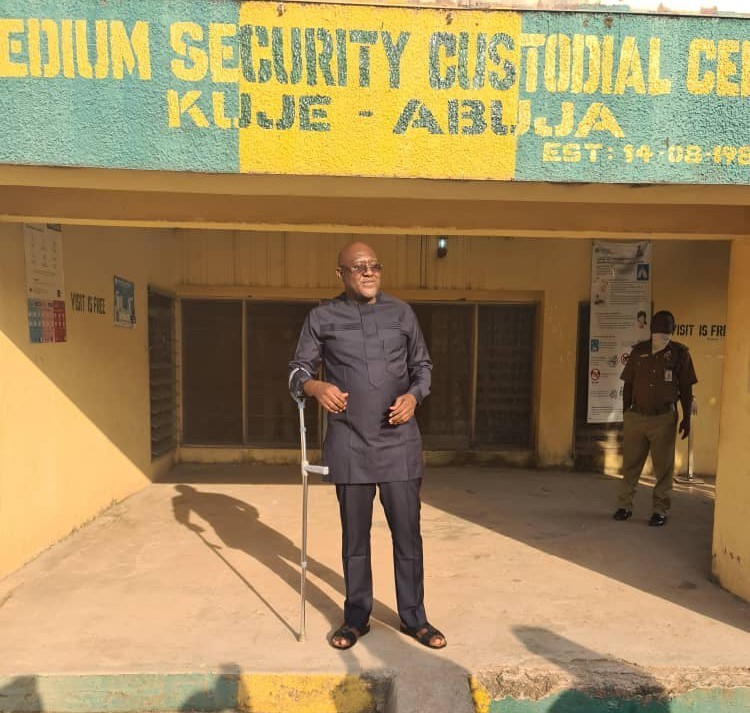 “I can confirm that Metuh has been released from custody, “ he told The Punch.

Justice Nkeonye Maha gave the order, in a ruling, following a motion on notice with charge number: FHC/ABJ/CR/05/2016 dated and filed on Dec. 21 by a team of lawyers led by Dr. Oyechi Ikpeazu, counsel to Metuh.

Justice Maha ruled that the surety must be responsible citizens and owner of landed property/properties within the jurisdiction of the court which value should not be below the bail sum.

She ordered that once the bail conditions were perfected, the registry of the court shall bring the release warrant for her signature to order the Superintendent of Nigeria Correctional Service, Kuje, in whose custody Metuh was remanded to release him forthwith.

It was gathered that Metuh has met his bail conditions and was released on Thursday evening 10 months after he was sentenced to seven years in prison on charges of N400 million money laundering on February 25, by Justice Okon Abang of the Federal High Court, Abuja.

This Newspaper recalls that a Court of Appeal had dismissed the conviction of Metuh and his company, Destra Investment Limited by the Federal High Court.

The Appeal Court held that the proceedings of the Federal High Court leading to the conviction of Metuh were tainted with bias, and therefore must not be allowed to stand.

Justice Adah, who delivered the lead judgment, held that the utterances of Justice Abang, in the course of the trial, established that he was biased against the convicts.

He also directed that the case file be sent back to the Chief Judge of the Federal High Court for reassignment to another judge other than Justice Abang.