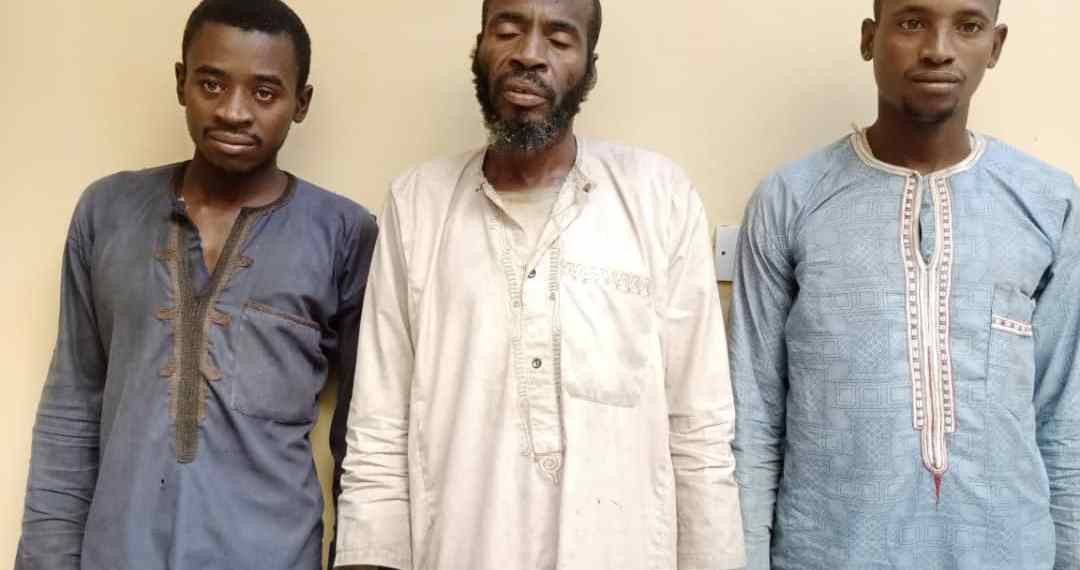 Kano State Command of the Nigeria Police Force has arrested a grandfather, his son and grandchild over the killing of a man alleged to be a kidnapper.

Their arrest was confirmed to newsmen on Tuesday night, December 22 in a statement by the state police spokesman, Abdullahi Kiyawa, Naija News reports.

The police spokesman revealed that the culprits, Adamu Musa, 50 (the grandfather); Sule Mallam (his son) and Isyaku Sule (grandson) were arrested for allegedly responsible for the death of one Kabiru Ya’u and his daughter Harira Kabiru in Gomo Village, Sumaila Local Government Area of the state.

Naija News learnt that Musa and his two family members used machete and bamboo sticks to kill the suspected kidnapper.

“Mr Musa confessed to having directed his three sons and grandson to kill the victim on the allegation that the deceased is a suspected kidnapper,” the SP revealed.

The suspects who were arrested by Operation Puff Adder on December 19 about 119 days after the incident, said “investigation is in progress for the arrest of the remaining culprits. The suspects will be charged to court after completion of the investigation.”

Meanwhile, some gunmen on Tuesday abducted an unspecified number of passengers in an Abuja-bound commercial bus along the Benin-Auchi road in Edo State.
The ‎gunmen were said to have attacked the bus traveling from Benin between Ehor and Iruekpen around 11 a.m.