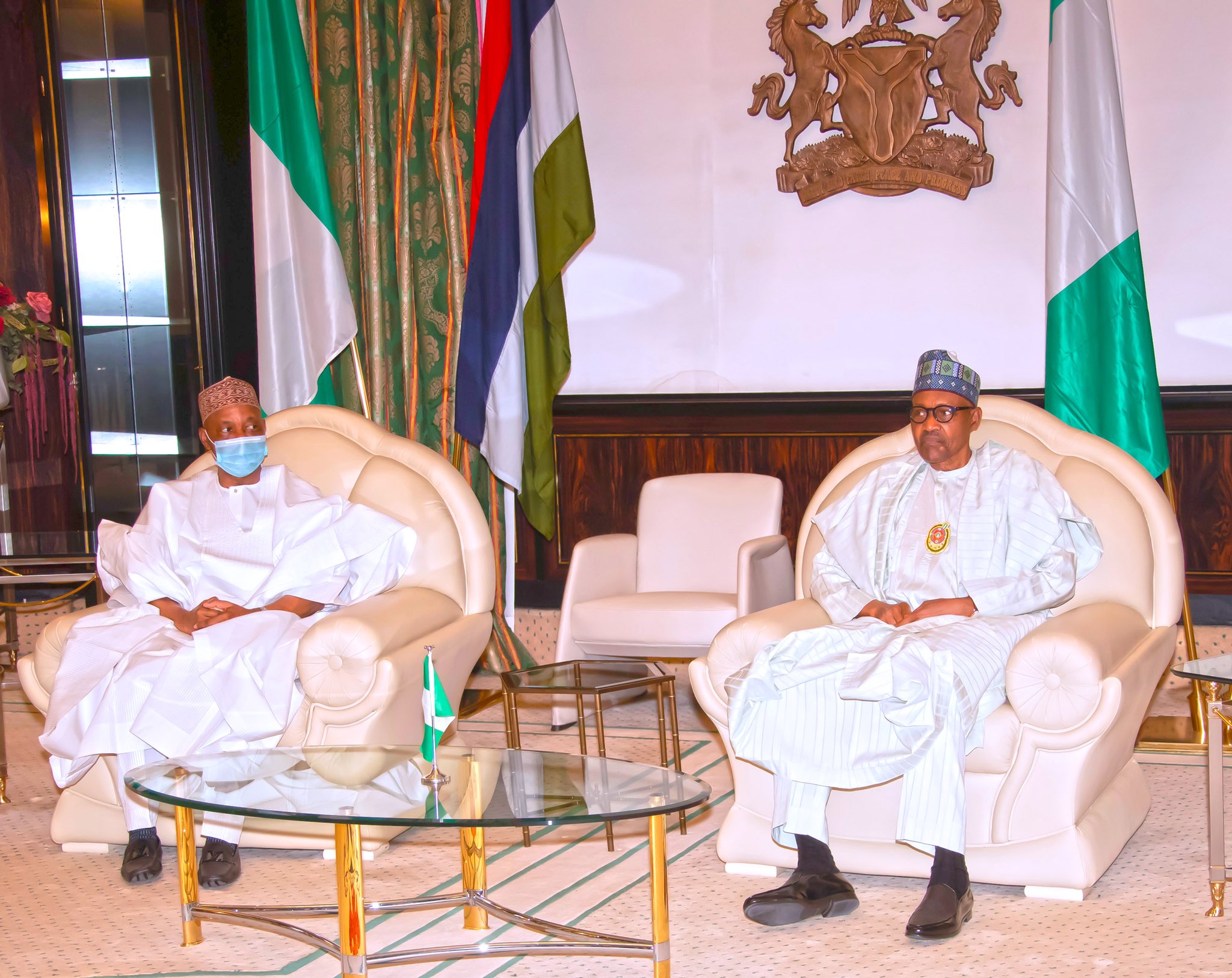 The President of Nigeria, Muhammadu Buhari has declared that effective monitoring of the 1,400km border between Nigeria and Niger republic can only be done by God.

He made the submission on Tuesday during a meeting with Nigeria’s former Vice President Namadi Sambo at the Aso Rock Presidential Villa in Abuja.

Sambo was in the Villa in his capacity as the head of the ECOWAS Election Mission to the Niger Republic presidential and national assembly elections scheduled to hold on 27 December.

According to Buhari, the border between both countries is very vast which also makes it porous, adding that this was part of the reason his administration had to shut down Nigeria’s land borders in August 2019 before they were reopened in December 2020.

Buhari noted that the closeness between his hometown of Daura in Katsina State and Niger Republic makes it possible for him to be able to speak in clear terms about the border between the two countries.

“I come from Daura, few kilometres to Republic of Niger. So I should know a bit about that country.”

“Also, we share more than 1,400 kilometres of border with that country, which can only be effectively supervised by God”, the President said.

He also promised to support the forthcoming elections in Niger Republic, noting that the stability of the country is essential to the well-being of Nigeria as well.

“I will speak with the President (Mahamadou Issoufou)”, Buhari told Sambo.

“And offer his country our support. We need to do all we can to help stabilize the Sahel region, which is also in our own interest”, he added.

It will be recalled that the federal government led by President Muhammadu Buhari on Wednesday 16th December, approved the reopening of Nigeria’s land borders that had been closed since August 2019.

The approval was given at the Federal Executive Council (FEC) meeting held at the council chamber of the Aso Rock presidential villa.

During the meeting, President Buhari approved and directed the immediate opening of four land borders which include: Seme, Illela, Maigatari, and Mfun.