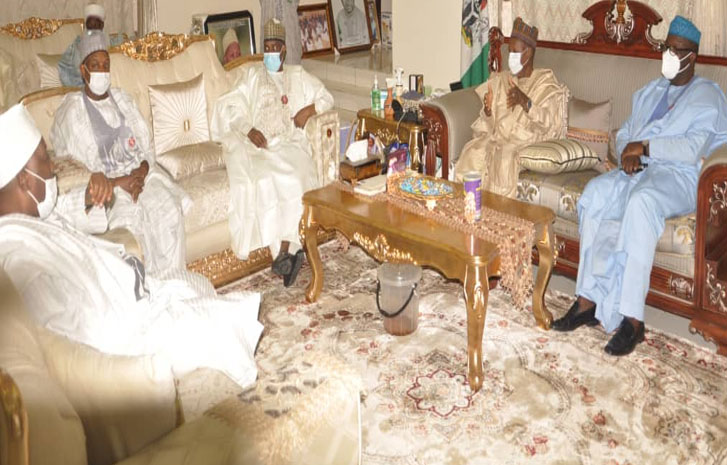 Naija News reports that the meeting was connected to the recent abduction and release of 333 students of the Government Science Secondary School, Kankara, Katsina State.

Those who visited Masari alongside Fayemi are Governor Aminu Tambuwal of Sokoto State and Governor Abubakar Atiku Bagudu of Kebbi State.

Speaking to newsmen after the meeting, Governor Fayemi said he and his colleagues were concerned about the insecurity rocking the nation.

The former Minister urged his colleagues to be tough on banditry, kidnapping and criminality in general.

Fayemi stated that the governor were in Katsina to show solidarity with the governor and the good people of the State.

He noted that the Nigeria Governors Forum will work together and return Nigeria to peace, progress, development, and prosperity.

“For us – the Nigerian Governors Forum – we believe that we not only have to be tough on banditry, kidnapping and criminality generally but we also have to be tough on the causes of these problems and social inequality, poverty are key issues,” Fayemi said.

“We have to ensure that our states drive away our young people from the merchants of death who are using them as cannon fodders for this criminal brigandage and we can only do that if we provide them with an alternative means of livelihood and support system that will not endear them to these elements that are endangering the whole of our country.

“This is something that we are committed to as governors in working with Mr. President so that we don’t keep talking about the same thing over and over again.

“We are all tired and frustrated that these issues are happening but we know that with concerted efforts on our part as governors and the commitment of the Federal Government and the professional conducts of our security services and our social investment programmes intensified, we shall see the end of this criminality, this brigandage in our states.”