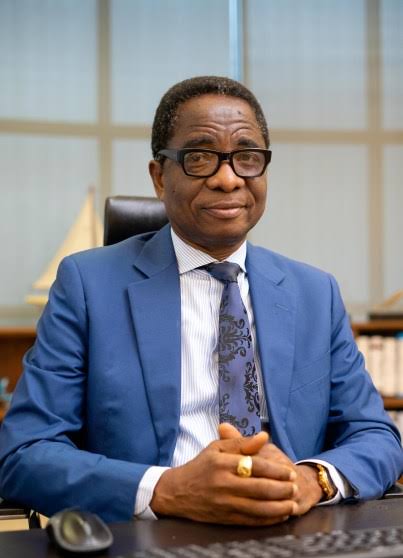 Mr Gbedebo, who started his career of over 30 years with FMN Group at Nigerian Bag Manufacturing Company Plc (1982 – 1998) and grew through the ranks while he acquired extensive experience serving in various managerial positions as Process Control Manager, Production Manager, General Manager Production became the first Nigerian Production Director in 1993.

He also served as a pioneer General Manager/Director for Golden Pasta Company Limited, a former subsidiary (now a division) of Flour Mills – which has grown to become Africa’s biggest pasta plant.

He is best known for his pioneering role in fertilizer, pasta and rice. He then progressed to join the Flour Mills of Nigeria in 1998 as General Manager/Director in charge of fertilizer operations, pioneering development of the product, “Golden Fertilizer” the first choice of Nigerian farmers.

On 1st April 2013, he was appointed, the Group Managing Director  / Chief Executive Officer of Flour Mills of Nigeria.

The icon has been scheduled to retire from his three-decade-long meritorious service within the organization and upon retirement appointed by the Board as the Non-Executive Vice Chairman of the Board of Directors of Flour Mills of Nigeria Plc.

An Alumni of the prestigious Loughborough University in England, Mr Gbedebo remains a source of pride and inspiration to his staff, colleagues, his family and the nation at large.