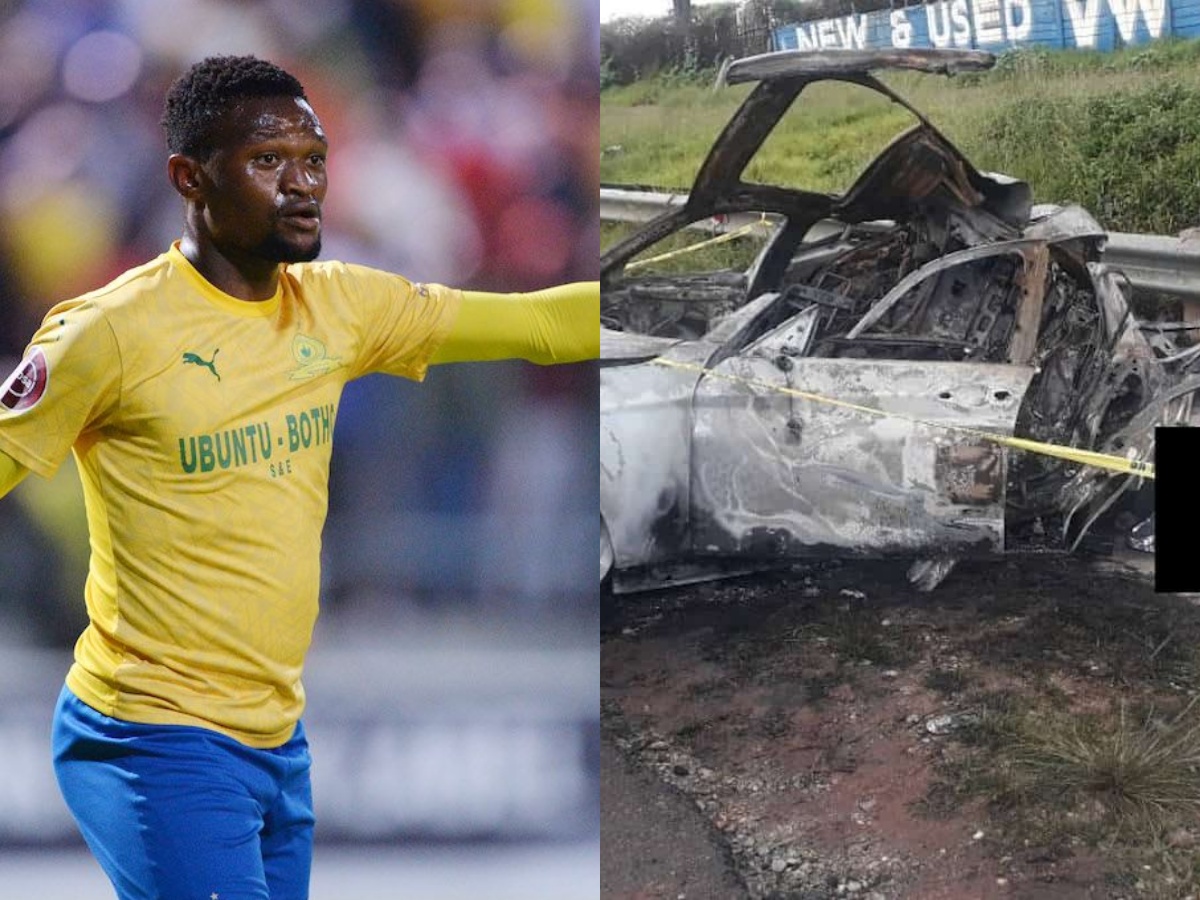 The 25-year-old player who played as centre-back for the Mamelodi Sundowns and Bafana Bafana reportedly died on Sunday morning, December 13 in the accident which happened in Johannesburg.

Reports had it that the accident happened after the driver of the car lost control over his wheels. A police source told newsmen in a statement that the two people inside the car burnt beyond recognition.

“The accident happened around 02:00 at Zuurfontein Road, Chloorkop next to ABC Auto parts,” the South African police statement reads.

It added, “Two occupants in the white BMW car were burnt and one of them was beyond recognition and were certified dead by Ekurhuleni Emergency Services.”

“The car which was travelling from the direction of Kempton Park towards Tembisa lost control and the car hit a steel board displaying pole with the backside and caught flames.”

Reacting to the death of their very own player, Bafana Bafana in a post on its Twitter page wrote: “It is with great sadness that we learnt of the passing on of Bafana Bafana and Mamelodi Sundowns defender, Motjeka Madisha.

“We are shocked and devastated.”

It is with great sadness that we learnt of the passing on of @BafanaBafana and Mamelodi Sundowns defender, Motjeka Madisha.
We are shocked and devastated. pic.twitter.com/qYnNXRQ0N0

In another news, Manchester United forward, Marcus Rashford disclosed where he intends to end his football career, Naija News reports.