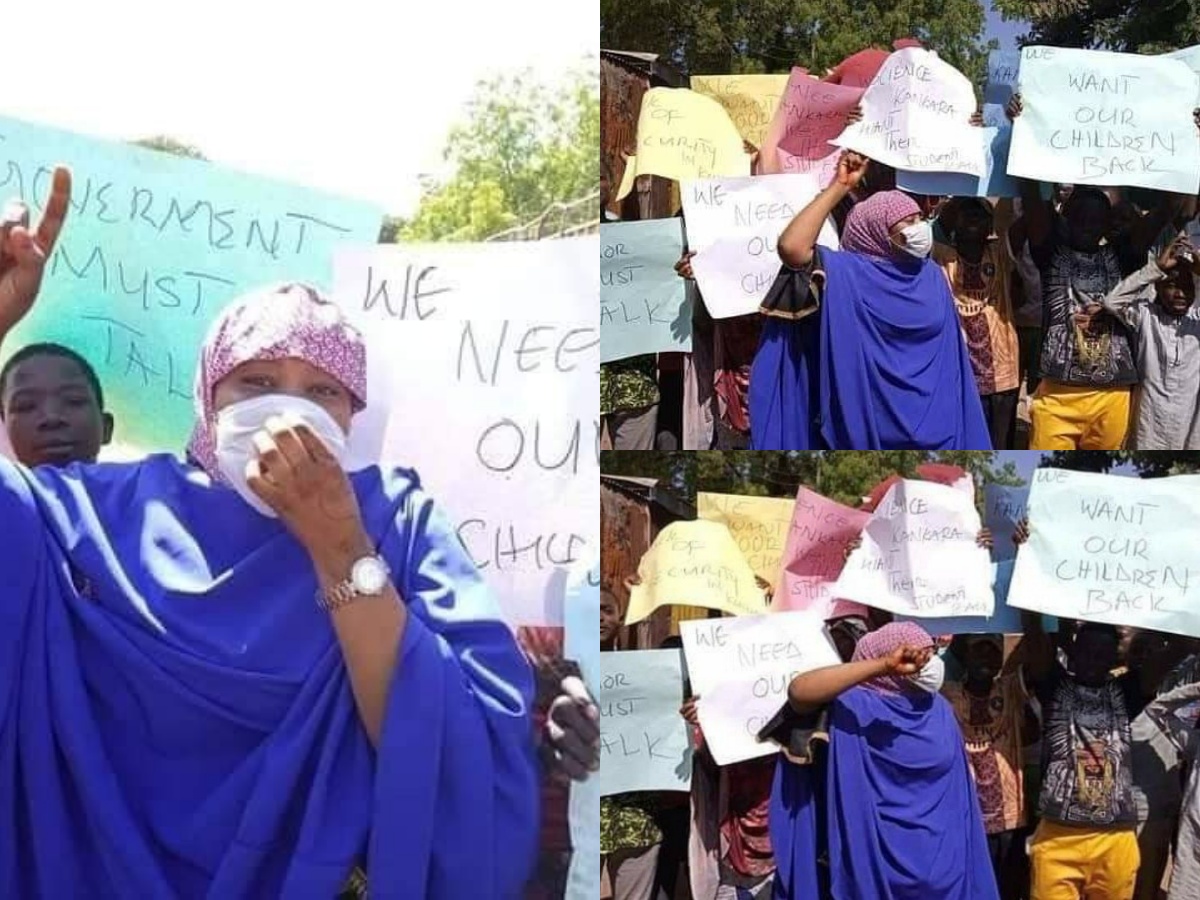 Katsina State residents, especially parents of the kidnapped Government Science Secondary School students in Kankara has marched out to demand the freedom of their children.

Naija News reports that a large number of students from a science secondary school in Kankara Local Government Area of ​​Katsina State were abducted by gunmen on Saturday morning, December 12.

Reacting to the sad development on Sunday, December 13, parents of the abducted school children and other residents marched out with placards, urged the Government to act without hesitation and rescue their children.

Naija News understands that some of the inscriptions on the placards read thus: “Government must speak out’, ‘We want our children back’ and ‘We want security in Kankara”.

See some photos from the protest below; 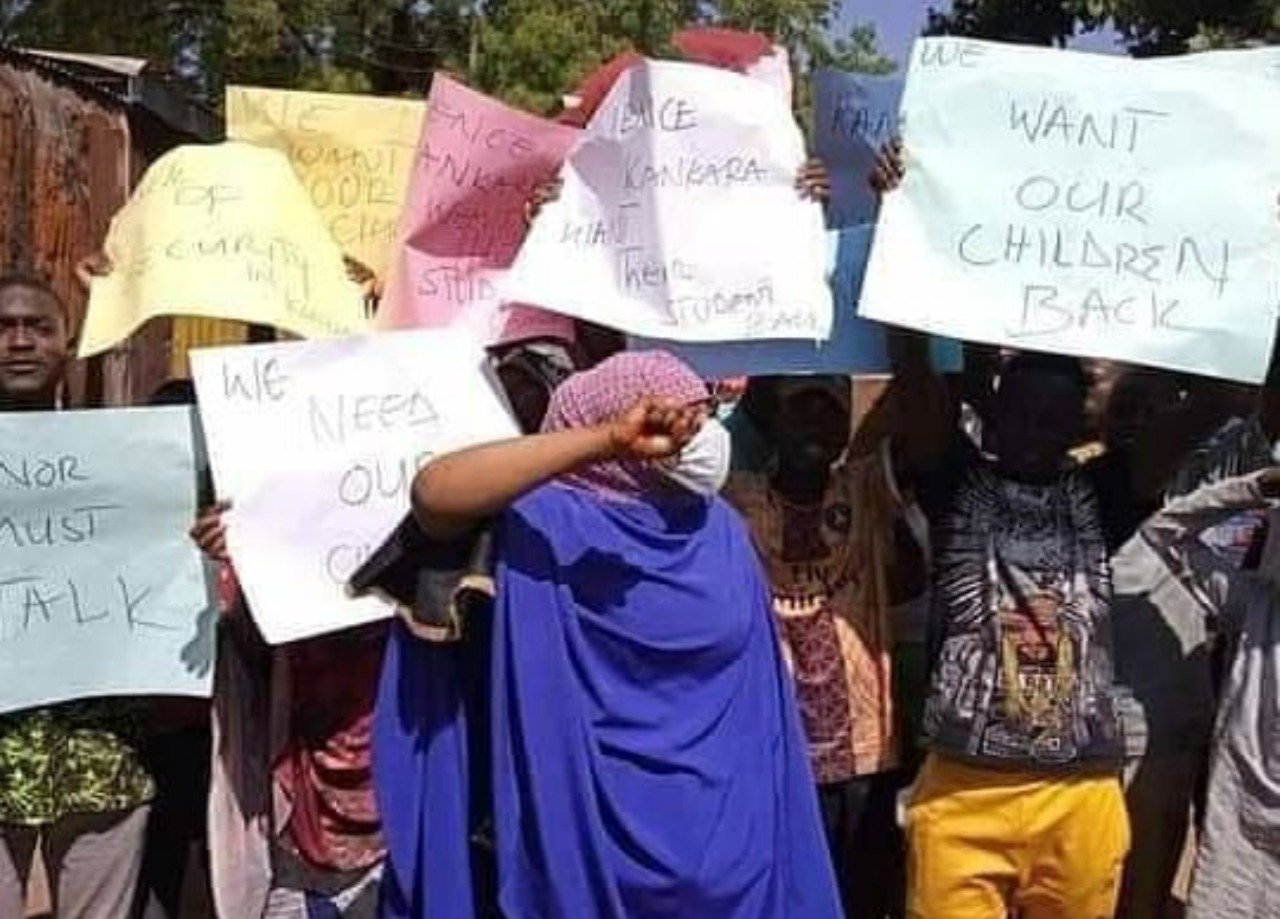 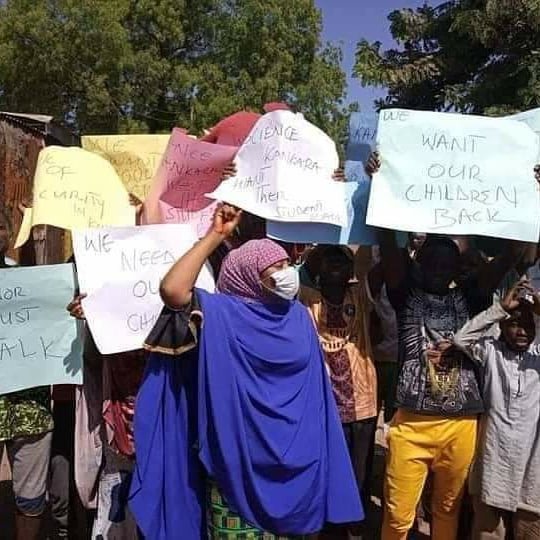 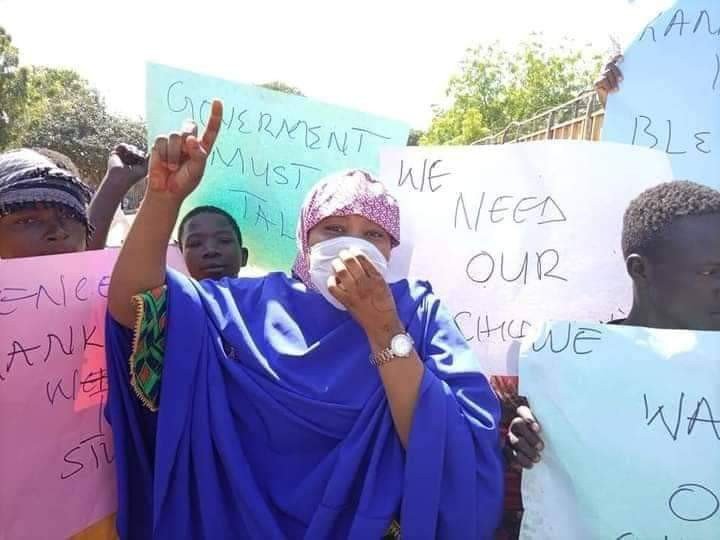 This online news platform, however, understands that there have been controversies on the exact number of school children abducted during the Saturday incident.

The Presidency on Sunday said only 10 boys were abducted from the Government Science Secondary School, Kankara, Katsina State. This is in total contradiction with what Governor Aminu Masari revealed earlier. The Katsina state government had said 333 boys were still missing, Naija News understands.