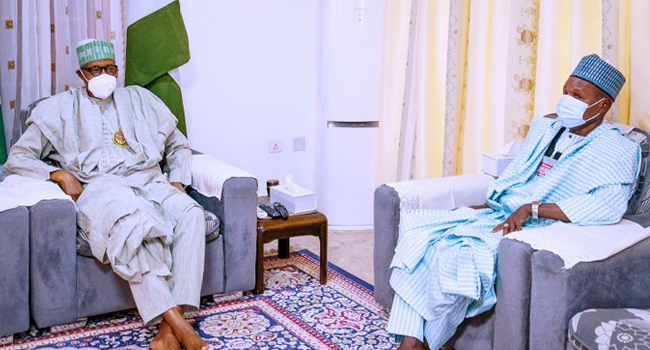 Governor Aminu Masari of Katsina State has revealed the government is in talks with bandits that abducted at least 333 students of Government Science Secondary School, Kankara.

Naija News reports that Masari made this known on Monday when he briefed President Muhammadu Buhari in Daura.

While briefing the president, the Kastina State Governor assured Buhari of progress in rescuing the students unharmed.

Masari while speaking with newsmen after the meeting said, “we are making progress and the outlook is positive.”

The Governor, who was accompanied by the Deputy Governor of the state, Manir Yakubu, also noted that security agencies had located the position of the children.

Buhari has come under massive condemnation for refusing the visit the school or parents of the abducted students, instead sending a delegation to the state government despite being in Katsina State.

On Sunday, Defense Minister General Salihi Magashi (retd.) Led a group of army chiefs to Kankara, where more than 300 children were abducted.