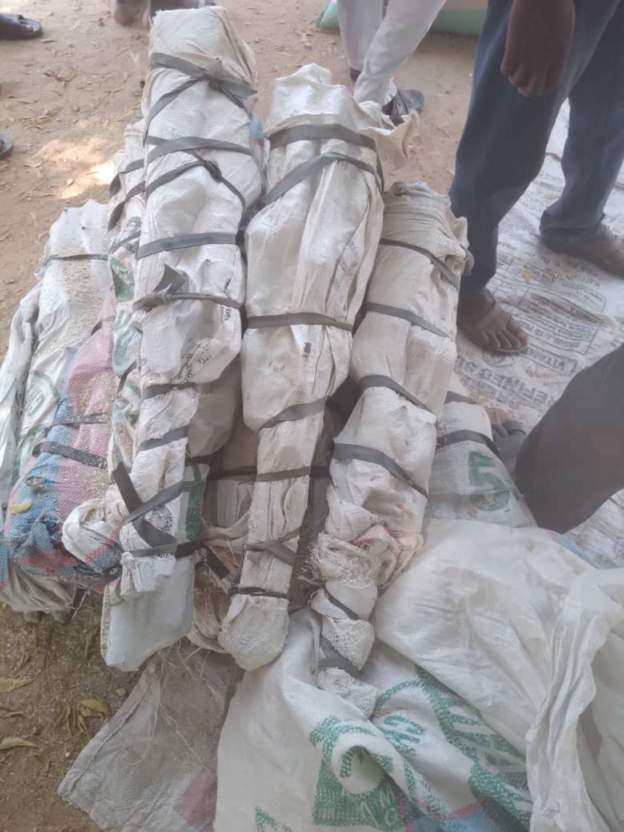 Nigerian Customs officers have seized a truck laden with locally made firearms in Yauri Local Government Area of ​​Kebbi State in northwestern Nigeria.

The agency said in a statement on Sunday evening that 73 rifles and 891 rounds of ammunition were seized, the weapons were concealed under bags of rice.

Customs spokesman in Nigeria who also signed the statement, Joseph Attah, said three people in the vehicle had been arrested and an investigation was already underway.

Zone B Commander Hamisu Albashir described the arrests as “a message to anyone attempting to bring arms into Zone B Nigeria”.

He also called on residents of the border area to report to the security services for security assistance.

Customs Seized Arms and Ammunitions
Officers of Nigeria Customs Service Federal operation unit zone B, on information patrol along Yauri, Zamare water side in Kebbi State, intercepted a truck loaded with locally produced rice with some sacks concealed under the rice. pic.twitter.com/E1XrinSK3t

We reported Nigerian Army has killed three robbers and arrested four others in Katsina-Ala Local Government Area of ​​Benue State on Saturday.

The military headquarters said troops from Operation Whirl Stroke raided a gang camp in the villages of Tomatar Ugba and Kundi, killing three.

In Kazaliaka, four others were arrested after the army pursued the escapees.