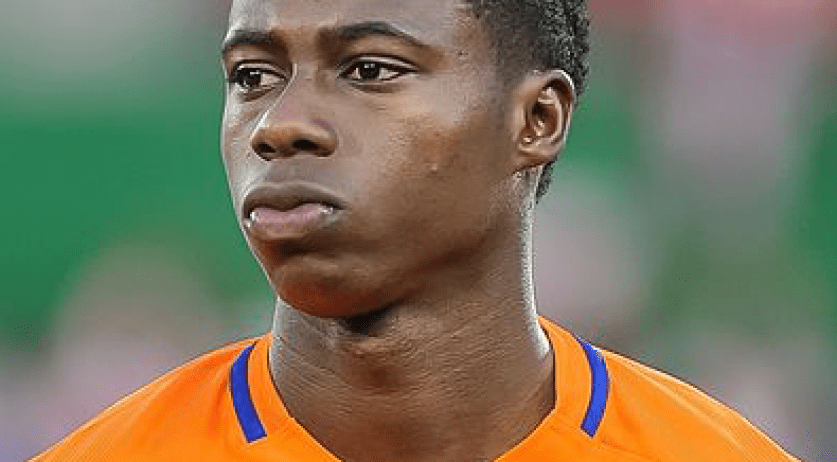 Netherland born professional football player who plays as a forward for Eredivisie club Ajax, Quincy Promnes is in police custody after he allegedly inflicted series of injuries on a relative in an argument.

Reports had it that the player the 28-year-old player stabbed the family member in Netherland during a house party.

Naija News learnt that Promes was apprehended by the police on Sunday, December 13 over the incident which happened in July 2020. It was reported that argument broke out between the player and the family member while feasting together at a warehouse in Abcoude, outside Amsterdam.

Giving more details on the incident, Jelmer Geerds, the police spokesperson noted that cops arrested Promes after investigations were carried out on the matter.

“We only heard about the incident a month ago. An investigation was then started and this morning led to an arrest,” Geerds revealed.

He added, “The crime of “assault resulting in serious physical injury” carries a maximum jail sentence of four years if the defendant is found guilty.”

Meanwhile, Arsenal football club manager, Mikel Arteta is reportedly not in good terms with David Luiz Moreira Marinho, following a clash between him and Dani Ceballos.

Naija News reports that Luiz and Ceballos fought during their training session at the Arsenal FC training ground in November 2020.