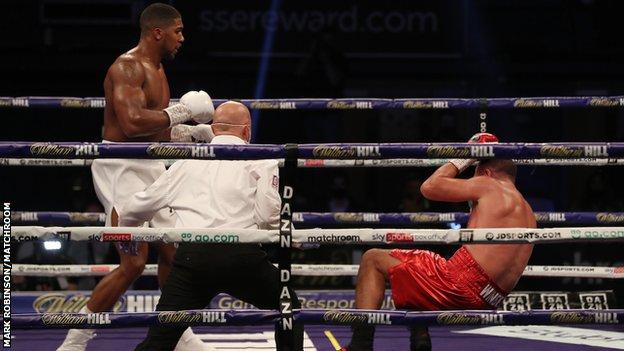 “The President says by retaining his IBF, WBA, and WBO titles, Joshua has given boxing lovers round the world, and particularly in Nigeria, something to cheer.

“He recalls his meeting with the heavyweight champion in London earlier in the year, describing Anthony Joshua as a humble, well brought up young man, “who will still go places.”

“President Buhari wishes Joshua all the best in his dream fight against Tyson Fury, saying he has the prayers and goodwill of Nigerians going with him.”

Joshua defeated Pulev with a knockout in the ninth round of their world title bout at the SSE Arena, Wembley.

This is coming after Joshua retained his belts from Andy Ruiz in December 2019 in Saudi Arabia.

Both boxers were cautious in the first two rounds with Joshua using more of his jabs.

Pulev has been unbeaten in his last eight fights since losing via knockout to Wladimir Klitschko in 2014. The 39-year-old won 28 of his previous 29 with 14 by way of knockout.

South African referee Deon Dwarte stopped the fight after the ninth round knockdown.