Anthony Joshua Confirms Fury As His Next Target | Naija News 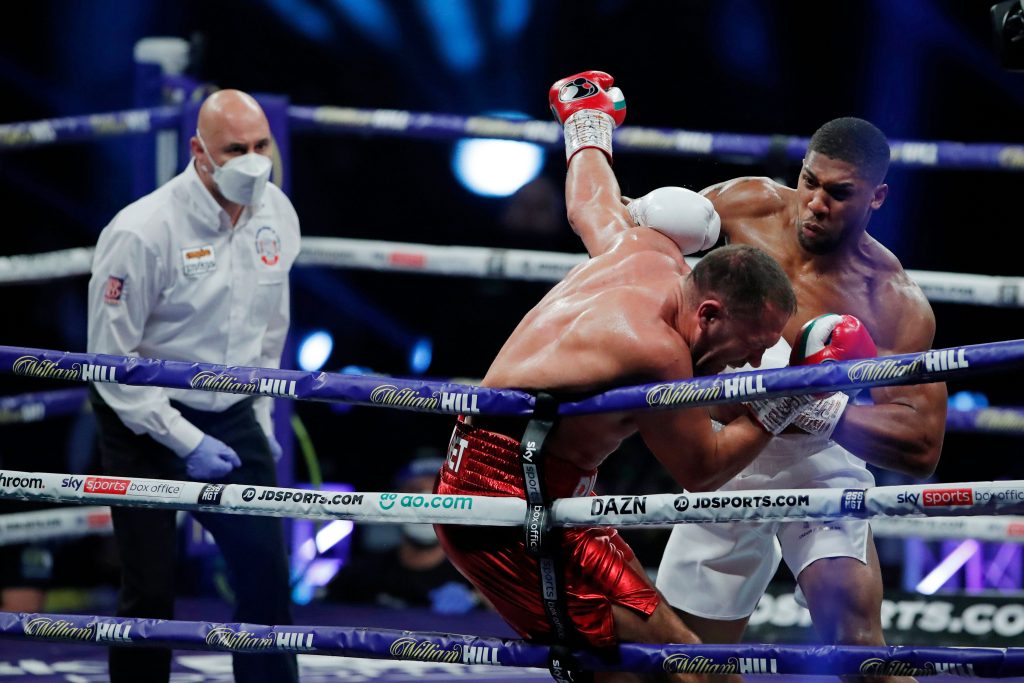 British-Nigerian boxer, Anthony Joshua, has confirmed his match with Tyson Fury after knocking out Bulgaria’s Kubrat Pulev at London’s Wembley Arena on Saturday.

The match between the duo is expected to take place in 2021.

Joshua during a post match interview, noted that determined to defeat Fury to win the world heavyweight unification bout.

Joshua, who said his next target is Tyson Fury, expressed confidence in his boxing ability.

The Nigerian-British fighter added, “Whoever has got the belt, I want the belt. If that is Tyson Fury, let it be!”

When asked about Saturday’s match, he said, “Less talk, more action. I hope everyone was satisfied tonight.”

“For me, I stuck to what I know best, boxing. You ask the crowd what they want to see!”