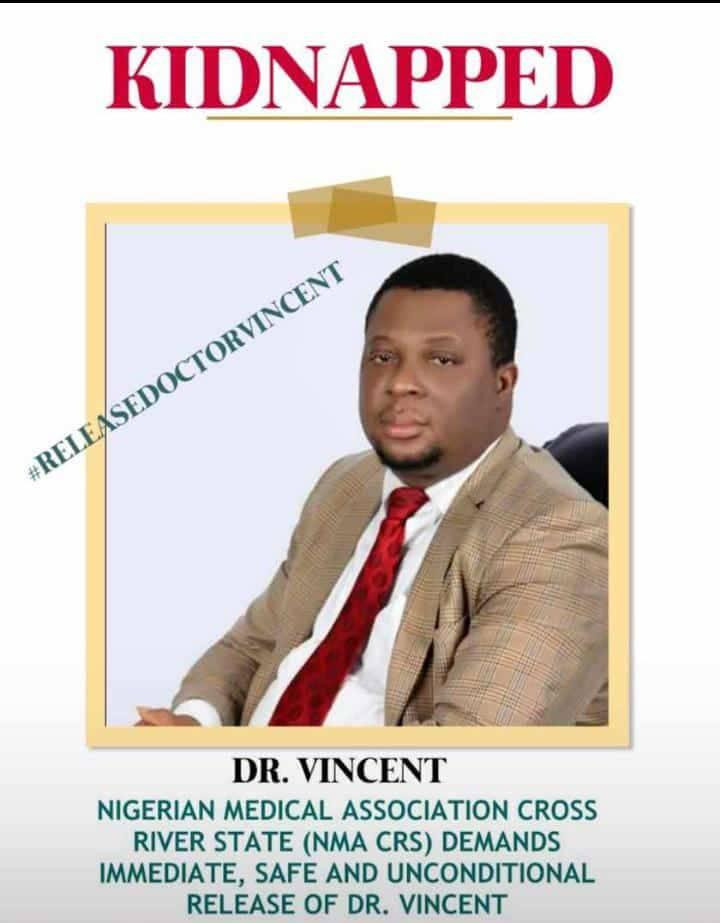 A medical doctor with the University of Calabar Teaching Hospital has been reportedly abducted by some yet to be identified gunmen on the noon of Thursday, December 10.

Naija News learnt that Dr. Vincent Uhegbu Maduka was swindled away at about 9 pm yesterday while resting at his apartment at Eta Agbo layout in Calabar.

Speaking on the incident, the state chairman of the Nigerian Medical Association, Dr Innocent Abang, said resident doctors have resolved to an indefinite strike to demand the release of the Consultant Cardiologist.

“There is a standing resolution by NMA in the state that doctors would proceed on indefinite strike once a doctor is kidnapped to press for the immediate release of such a victim,” Abang said.

He added that the association was tired of repeated abduction of their colleagues by kidnappers to demand ‘blood money’.

Meanwhile, the Nigerian ambassador to the United States of America, Mr Sylvanus Adiewere Nsofor has been confirmed dead.

Naija News reports that Nsofor died at the age of 85 in Maryland hospital, Washington DC on Thursday, December 11.