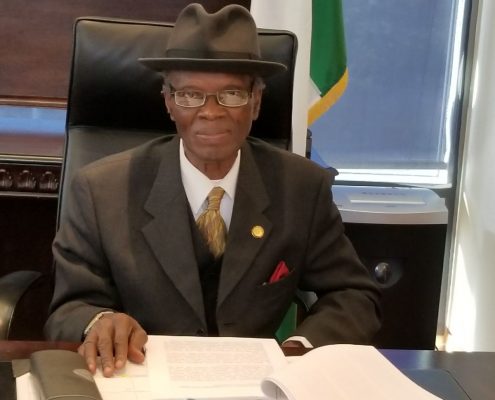 Mr Sylvanus Adiewere Nsofor, the Nigerian ambassador to the United States of America had died at the age of 85.

Naija News understands that Nsofor assumed his role as Nigeria ambassador to the US three years ago following the demise of his successor, Prof. Adebowale Adefuye, who died while rounding up his tenure then.

Nsofor was a graduate of London’s now-defunct Holborn College of Law in 1962, Naija News reports.

Meanwhile, former Attorney General of the Federation and Minister of Justice, Mohammed Adoke, has been granted permission to travel for a medical check-up in the United Arab Emirates by the Federal High Court in Abuja.

Naija News reports that Justice Inyang Ekwo, on Friday, ruled against the objection raised by a lawyer to the prosecution, Bala Sanga, and granted Adoke’s application filed by another former AGF, Kanu Agabi (SAN).