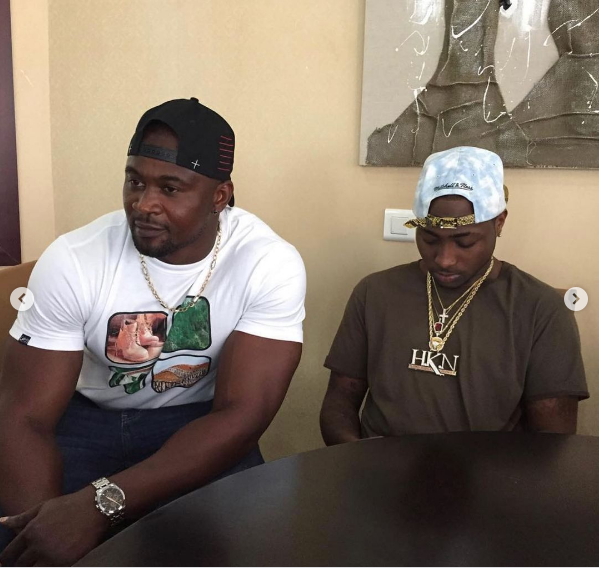 A few hours after the demise of his personal bodyguard, Ogbeide Tijani Olamilekan, also known as TeeJay, DMW Boss, David Adedeji Adeleke, better known as Davido has made a shocking revelation following.

According to the singer while expressing how sad he is with Teejay’s death, the late bodyguard most times uses his ATM card to pay for his (Davido’s) bills.

Naija News understands that Davido is a philanthropist and one of the richest Nigerian musicians at the moment.

However, following Teejay’s death on Tuesday, December 8, Davido took to his Instagram page to reveal how well Teejay who he referred to as Uncle Tijani has served his in his capacity.

Sharing flashback photos of himself and the deceased, Davido wrote: “please tell me I am dreaming … my Tj gone ? What imma do without you uncle Tj ehn … 11 years you did all for me .. put me before you at all times .. all the times I wouldn’t wanna wake up for a show or flight you’d carry me like a baby in the car … no matter what I did right or wrong you were there for me … to allow me spend money sometimes nah problem .. every time ‘david don’t worry I’ll use my card ‘ .. you were such a big person with a baby heart … everyone loved you .. i wanna wake up late for a show so you’d come and carry me again … I don’t even know what I’m typing man … RIP UNCLE TIJANI … tired of being “STRONG”