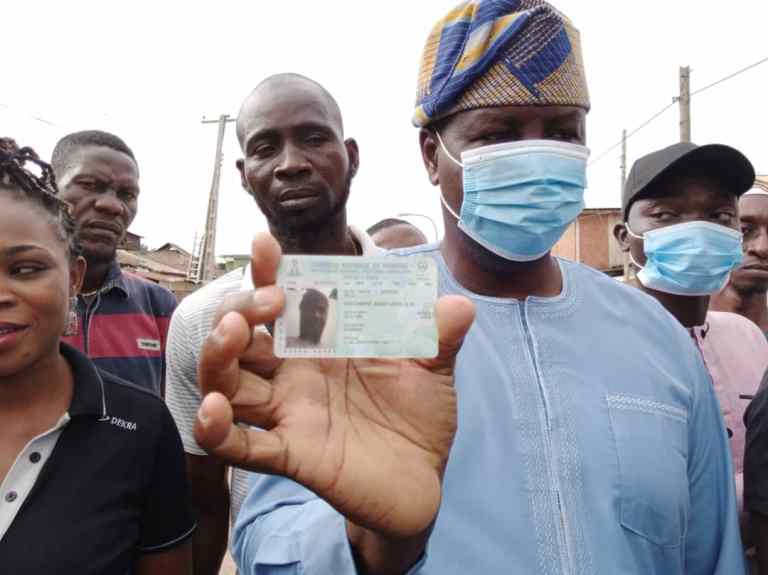 Babatunde Gbadamosi, candidate of the Peoples Democratic Party (PDP) in the Lagos East Senatorial District by-election has cast his vote.

After casting his vote, Gbadamosi commended the calmness and maturity of the voters but accused the All Progressives Congress (APC) of trying to rig through violence in some areas.

He submitted that “there are some disturbances in some parts of Ikorodu by the other side. They believe that violence and rigging will earn them victory. It is very sad.”

Gbadamosi however, called on residents to come out en-masse and vote out the APC.

“Come out and vote to end violence, hunger and oppression. We are all traumatized and we cannot continue to use second hand products,” he said.