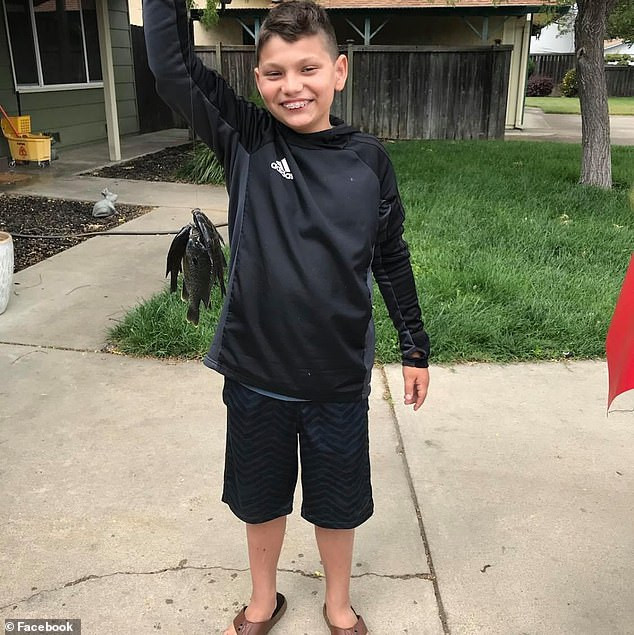 San Joaquin County Sheriff’s have commenced investigation on the death of a young boy who committed suicide at their home during an online class with his schoolmates.

Naija News understands that the teenager whose name is revealed as Adan Llanos murdered himself using a gun on Wednesday, December 2 at their apartment in Califonia.

The tragic event reportedly happened during an online Zoom class which involved the deceased and his other classmates from his Woodbridge Elementary.

It was, however, unclear till this time how the child obtained the gun and from whom he obtained it from.

Given details of the incident, the Sheriff office noted that Llanos’s system camera and microphone were both turned off at the time the incident happened. Meanwhile, Llanos’s sister was said to be in another room in the apartment also attending the online class when her brother shot himself.

She rushed out to report the incident to their neighbour and her teacher who called for help, Naija News understands.

A few moments after receiving the report, Sheriffs arrived at the house located at 300 blocks away from Sterling Street in Woodbridge and found the child with a head injury.

The child, however, died a few minutes after arriving hospital as a result of the self-inflicted injuries.

Reacting to the incident, the Sherrif’s office in a post on their Facebook page said: ‘Our thoughts are with the family and all those affected by this tragic event.’

On its part, while reacting to the demise of the 11-year-old child, Lodi Unified School District took to their Facebook page also and wrote: “We are deeply saddened to share that a student from Woodbridge Elementary School passed away today as a result of a gunshot wound.”

“Today was a very difficult day for our family. We just lost our nephew from a self-inflicted gunshot wound. His name is Adan Llanos and was only 11 years old,” said the boy’s heartbroken aunt.

“I know Aron and Mirna are such great parents, i can’t even imagine what they are going threw. I’m doing this go fund me to be able to help my family with the funeral expenses. I don’t want to go into details. Thank you very much our family will appreciate it,” she added.