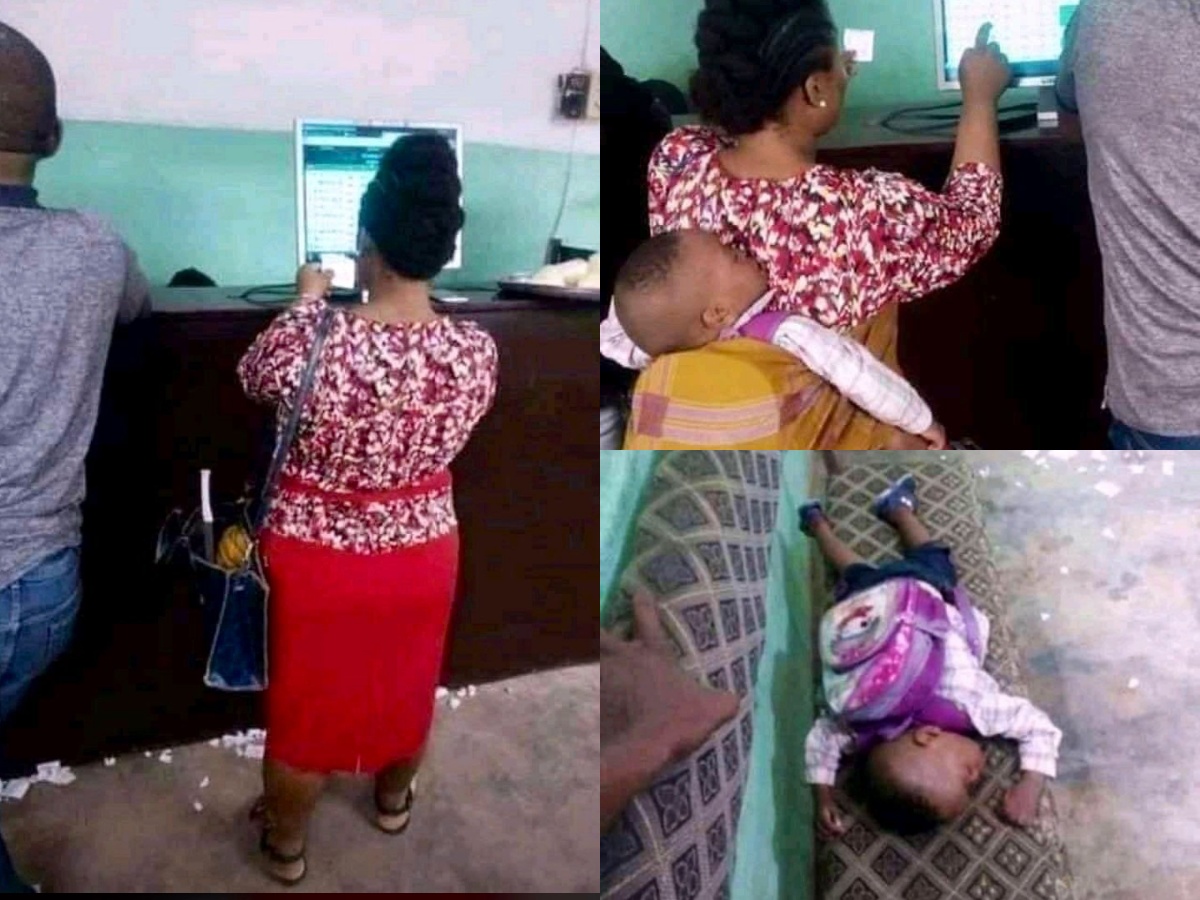 A Nigerian mother has stirred a barrage of reactions on social media after she was spotted booking at ticket at a betting house with her baby.

Naija News understands that the woman whose identity is yet to be known backed her baby in his school uniform and joined men to queue at a sports betting house.

As seen in the viral photos shared on the micro-blogging site, the mother after sometime dropped the baby on a seat inside the betting house to focus well on her ticket booking and predictions.

See photos of the woman and her child below: 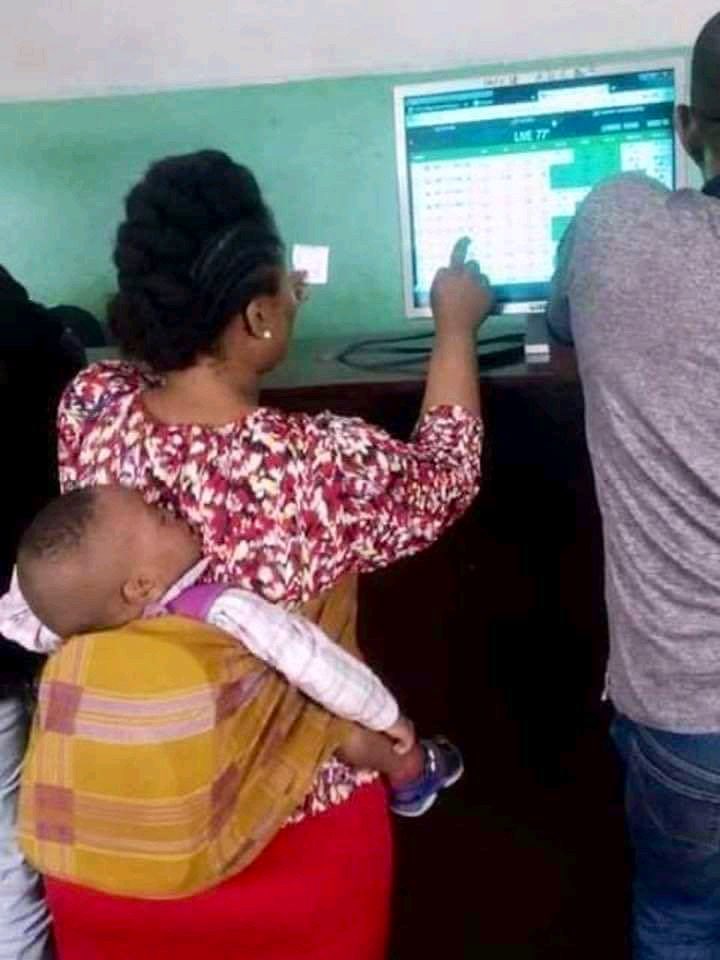 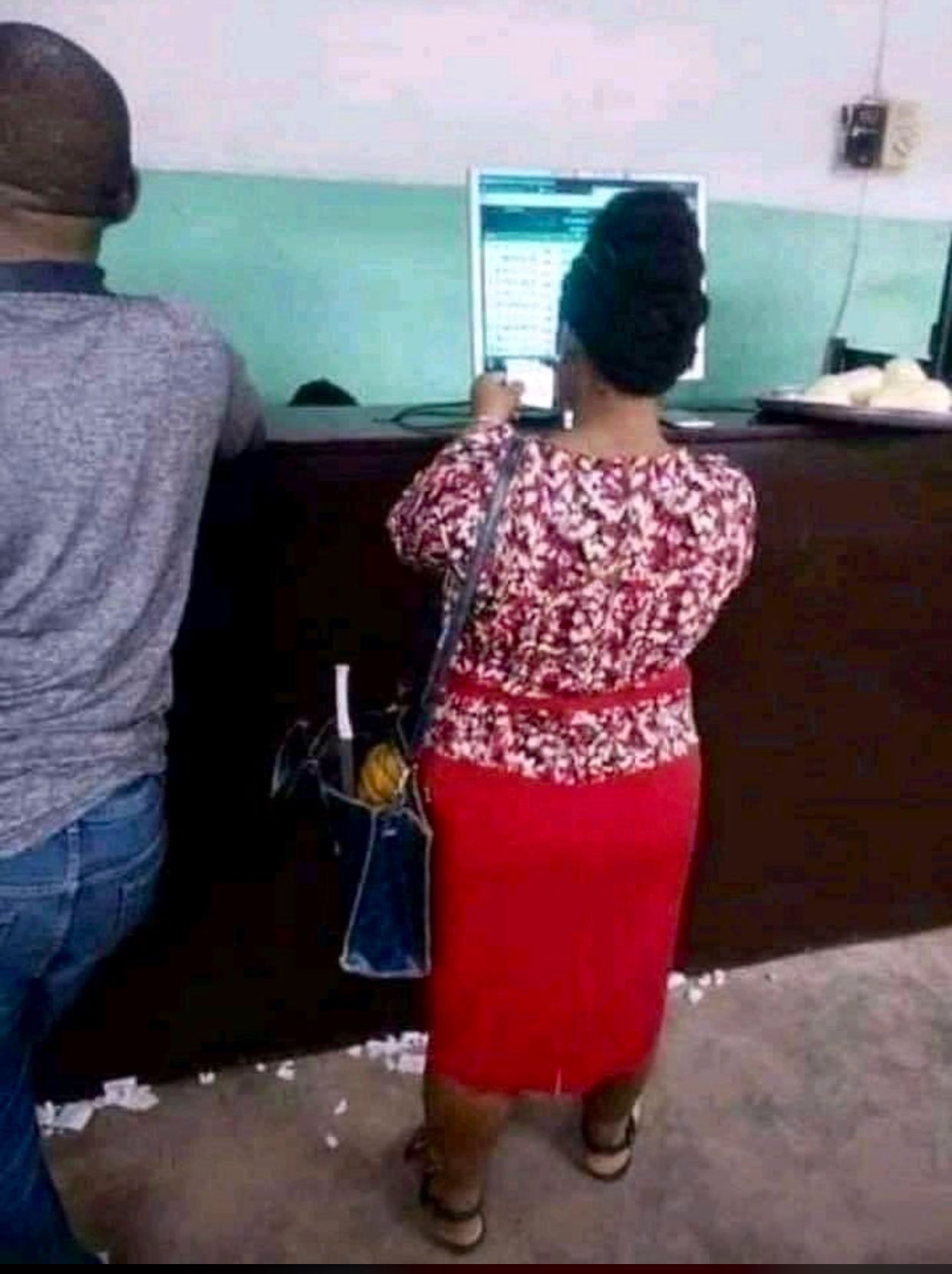 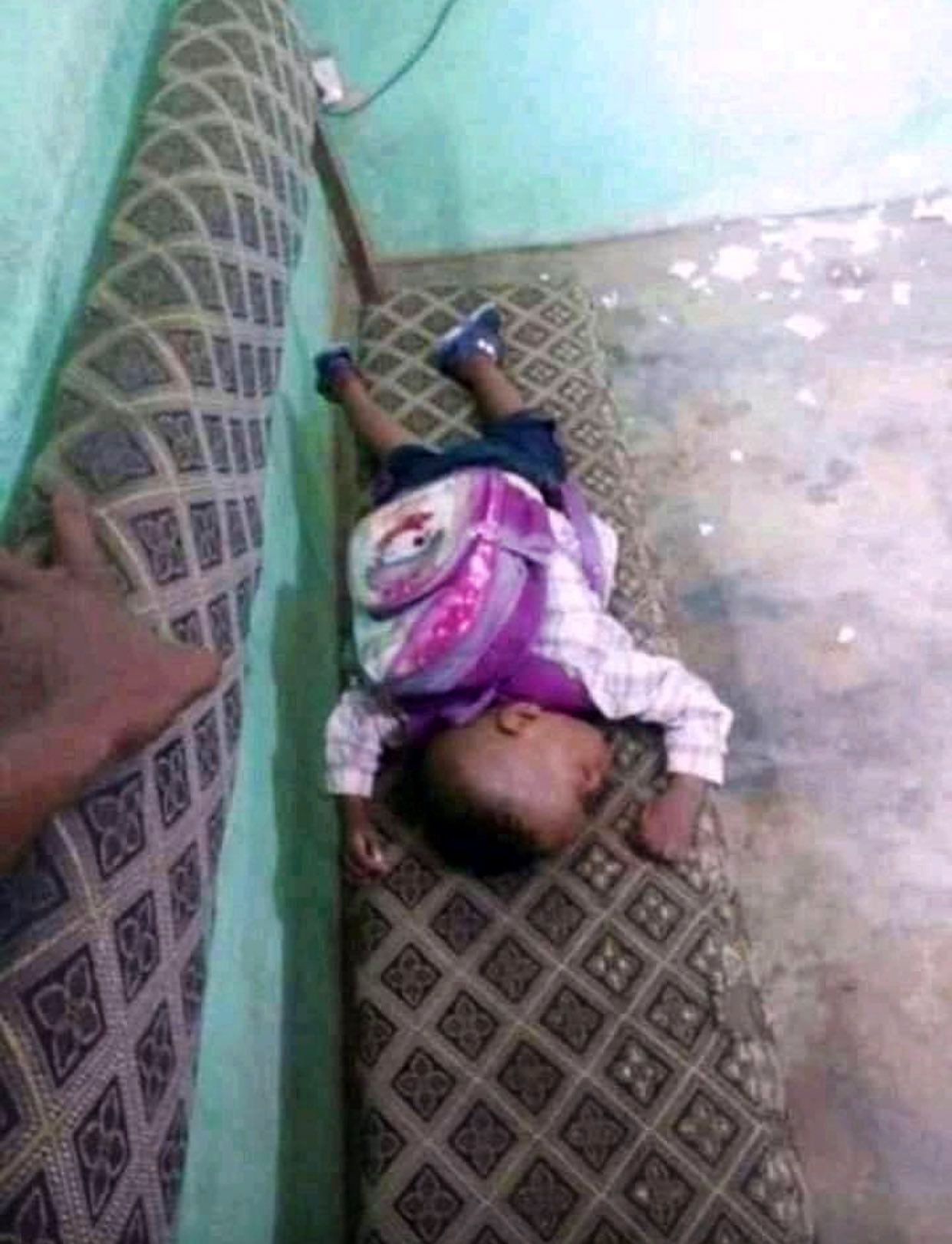 Reacting to the woman’s act, many netizens question why a mother will carry her child to a betting house. Some suggested she should have dropped the baby at home or somewhere and pick him up thereafter.

On the contrary, some pitied the woman, stating that she possibly feeds her family from the sports betting.

Responding to @Segzybuoy, dharex [@dharex14] said; “Bro’s you sey weytting?den send the woman go play gamble or na the person go call am for him husband house,As in bro your point no gel let’s call a spade a spade na her husband fault and who even know sey her husband satisfy her”Shay you no know sey some women Dey crazy.”

On his part, barne’s [@ayofatty] said; “I didn’t say she should not play any game she like but taking her child to the place is wrong. I believe the manager of the Game Center shd have tell her to drop her child at home before coming in”

“I can’t judge her even though it doesn’t sit well with me. We hav seen or heard kids being watched by gamblers while his/her mum work in a bar all because no funds for a babysitter & dey come out smarter in d society etc.. bet9ja shop is not a toxic environs even though its No one under eighteen symbol,” asa @adewale411 noted.

da real dude [@RShregg] who feels the woman’s hustling spirit doesn’t justify her dropping the child said: “Maybe Na there she dey see money to take care of the family coz the country hard but that never justified her dropping her child.”

In another news, a woman was spotted in London riding naked on a bicycle to raise fund for mental health charity Mind, Naija News reports.