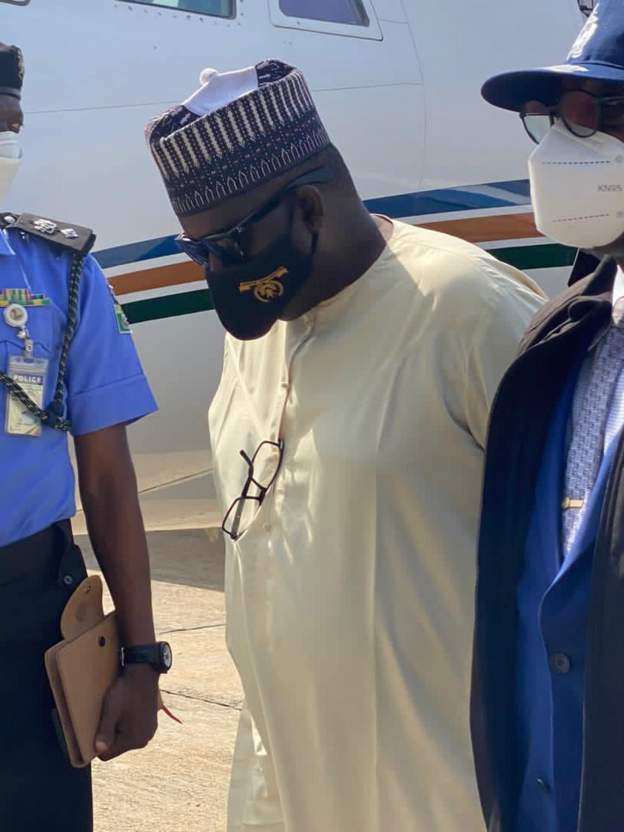 The wanted former chairman of the defunct Pension Reform Task Team, Abdulrasheed Maina has been successfully extradited to Nigeria from Niger Republic.

Naija News gathered Maina was brought back into the country on Thursday by a plane which landed at the Nnamdi Azikiwe International Airport, Abuja at around 2.15pm.

He was received by operatives of the Nigeria Police Force upon return to the country.

It will be recalled that Maina who is standing trial in a N2bn money laundering case brought against him by the Economic and Financial Crimes Commission (EFCC), initially jumped bail.

This forced the court to remand his surety, Senator Ali Ndume at the Kuje Prison until he was able to perfect his personal bail conditions.

After jumping bail, Maina was eventually arrested on Monday evening by operatives of the Intelligence Service and anti-corruption agents in collaboration with counterparts from Niger Republic.

Confirming the arrest hours after it was reported by Naija News, the Police announced that Maina is still been held in Niger but will soon be extradited back to Nigeria.

Speaking with journalists on Thursday, the Commissioner of Police in charge of Interpol said Mr Maina was brought back to Nigeria on the directive of the IGP, Mohammed Adamu. 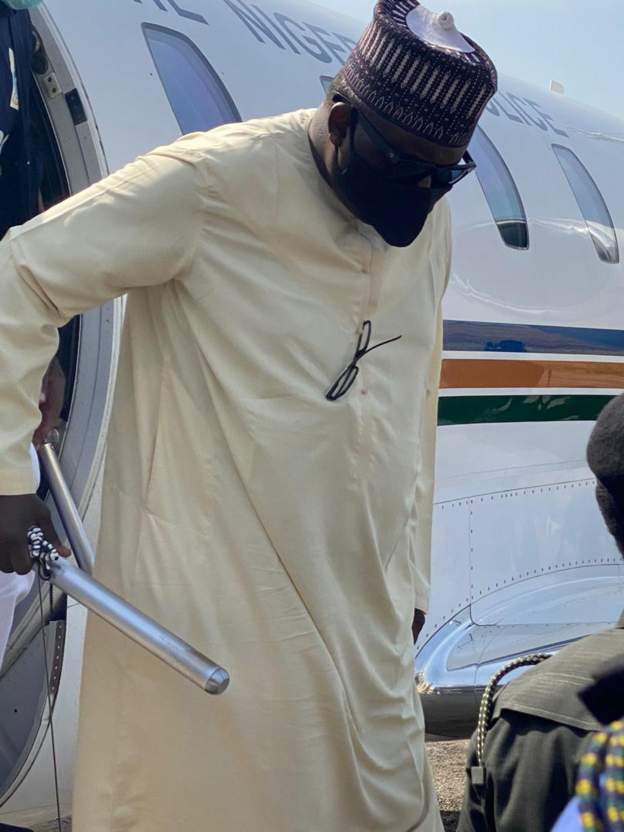