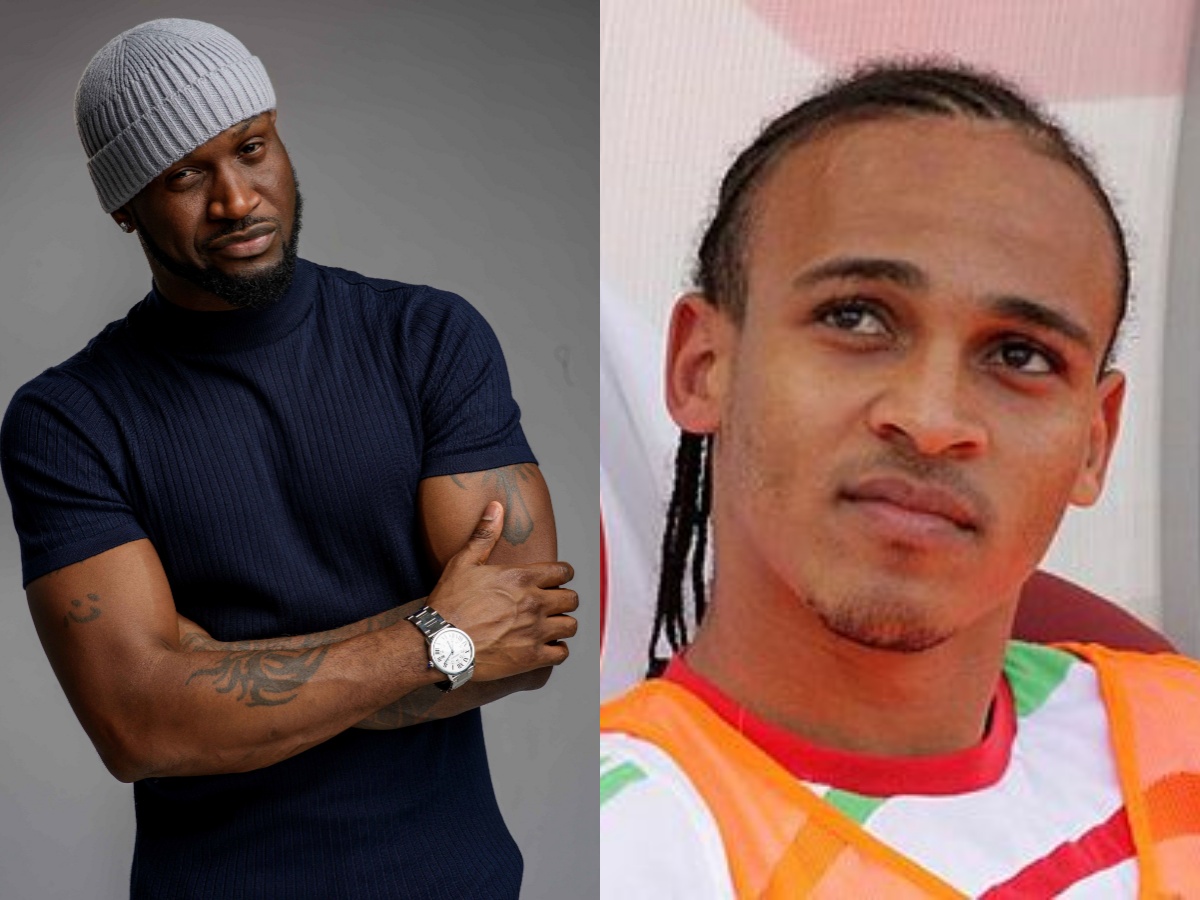 Former English Premier League player who played for Stoke City Fc, Osaze Odemwingie has said he was drawn closer to God by songs sung by Peter Okoye of the defunct PSquare music group.

The retired footballer stated this while reacting to a clash between him and the singer on social media.

Naija News reports that Odemwingie on Wednesday, December 2 accused Peter Okoye of robbing people after the later posted a video on Instagram showing some young men dancing and breaking bottles on their heads.

Reacting to the above video; Osaze wrote: “What happened to you @peterpsquare?”

“Nonsense. You are robbing people in broad day light with that your nonsense business and now you want to take even Christmas from them? You no dey fear God at all?”

Speaking about how Peter’s songs brought him closer to God, Osaze said: “Bro you no go tell your kids to do that. You are better than that. Many of your songs brough me to God. No depart please. Think am well. Be blessed.”

However, Peter had reacted to the footballer’s claim that his songs helped him get closer to God. He said Osaze have been brainwashed and needed help.