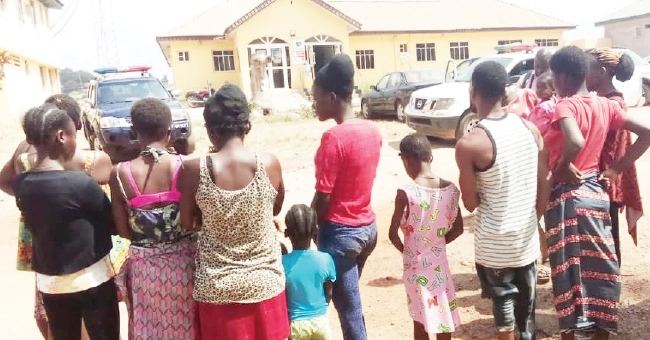 “Acting on intelligence, our men intervened in this illegal maternity hospital and saved 10 people, 4 children and six women. Among them, four were pregnant,” police spokesman Abimbola Oyeyemi said.

The women explained to police that the owner of the maternity hospital paid men to get them pregnant and then sold the newborns.

This criminal practice is quite widespread in Nigeria but each discovery of this kind causes amazement in public opinion.

Some of these young girls are trapped with promises of jobs and find themselves pregnant, forced to give birth to children to “sell”, in most cases, to couples wishing to adopt a child.

The owner of the maternity hospital is on the run, “we are stepping up our efforts to arrest her and bring her to justice,” the spokesperson added.

This woman had already been arrested at the beginning of the year: She had been tried for trafficking in human beings, but she was free on bail and resumed her activities, according to the police.

Two other suspects, including the owner’s daughter, were arrested.