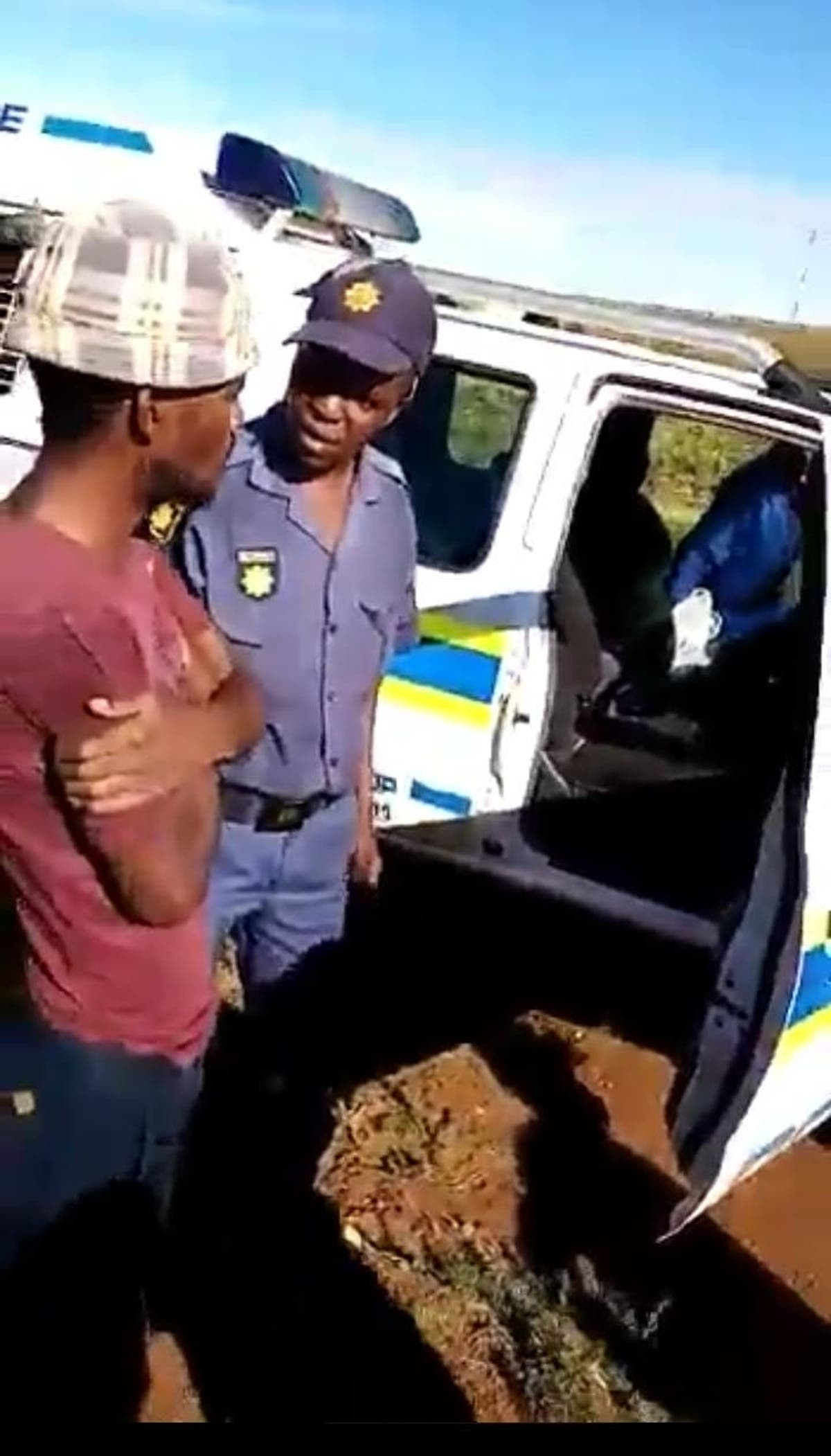 North West police have opened a case of reckless/negligent driving under the influence of liquor for an officer who thrust into a residential house with a police van.

According to reports, the drunk officer who is fully dressed in the force uniform bashed into someone’s apartment with the van which he was unauthorized to drive. Naija News understands that the South African policeman was helped out of the allegedly stolen van by him after hitting a pole and was struggling to get out of the van because he was already intoxicated with the liquor.

As seen in the viral video captured and sent to the media by residents, the officer struggled to stand steady and couldn’t make a straight speech to respond to residents who stopped him to show him the damage he had caused.

Naija News understands that the officer was captured with a plastic bag full of a drink suspected to be ‘booze’ in it. Residents, however, called other officers who arrived at the scene and took away the drunk officer.

On his part, while reacting to the embarrassing situation, North West police spokesman, Brigadier Sabata Mokgwabone said ‘SAPS management was appalled by unprofessional and unbecoming conduct of a police constable stationed at Wolmaransstad.”

Mokgwabone added that a case of driving under the influence of alcohol and reckless and/or negligent driving has been opened for the erring constable. He noted that the police officer wasn’t authorised to drive a state motor vehicle.

“As a result, he’ll also face an additional charge of using a motor vehicle without the owner’s consent. Departmental investigation will also be instituted against the member in terms of the SAPS Discipline Regulations,” Mokgwabone noted.

Watch the staggering police officer in the video below;