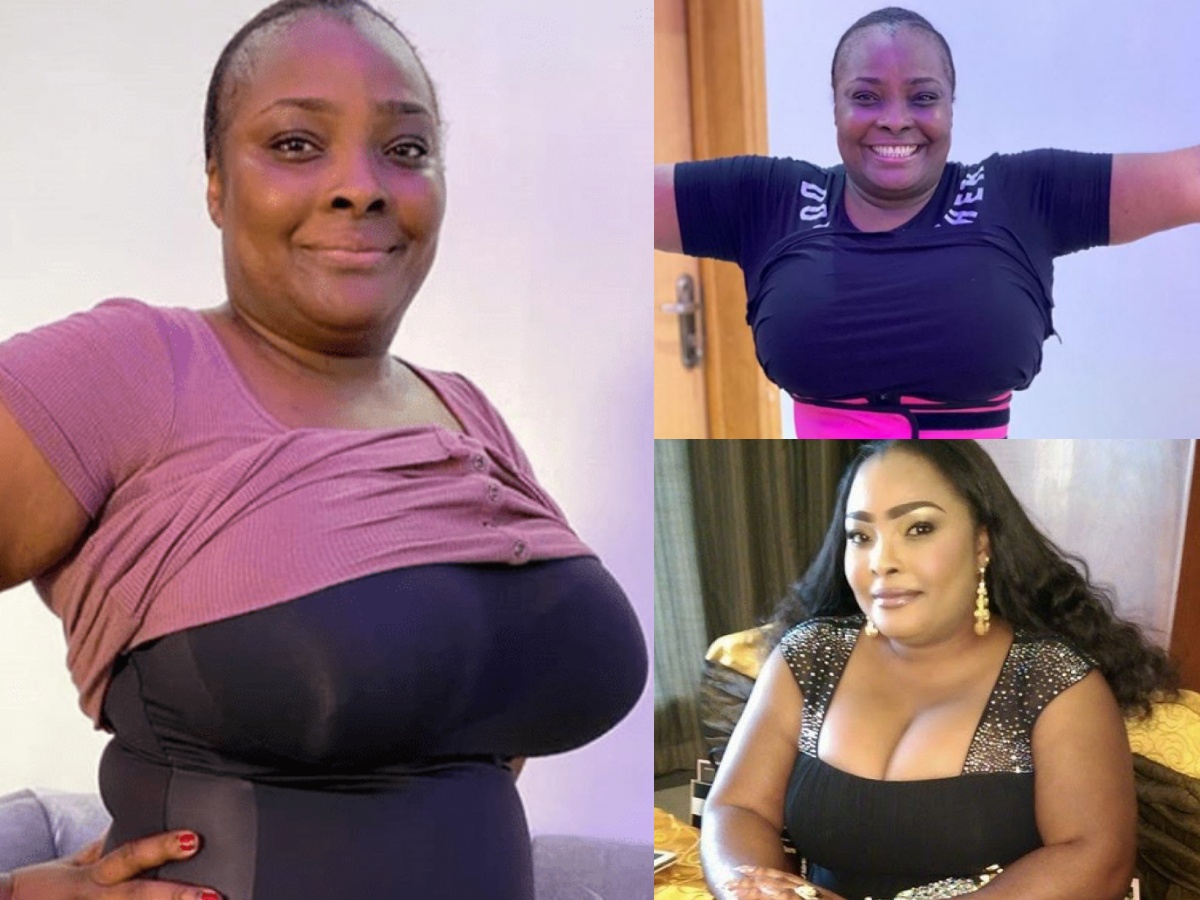 A few months ago, renowned Yoruba film actress, Ronke Odusanya, disclosed to the media how she used to feel ashamed of her huge breasts.

The Nollywood actress confessed that she used to wear at least three bras during her secondary school days in other to get her breasts in good shape to avoid been laughed by fellow students.

Naija News understands that 'Flakky Idi Dowo' as she is also known as, schooled in a secondary school were only female students are admitted. However, she noted in the interview she had with Legit a few months back that her big asset was a challenge for her then as she had to resort to padding it to look fit.

Odusanya, revealed also that she is always shy whenever male students visit their school for inter-house sports.

She said: "When I was in secondary school, the only sports I could do then was hurdles and then I was slimmer but I was a bit busty. Because it was a girls school, we were always very shy when boys came. So on inter-house sports day I will have to wear like three bras."

Naija News understands that Ronke Odusanya hails from Ogun State and was born on May 3, 1973. She had her University education at the Olabisi Onabanjo University and had been nominated in the City People Movie for Yoruba Movie Personality of the Year (Female) category.

Meanwhile, an Islamic cleric has declared that Nigerian crossdresser, Idris Okuneye, popularly known as Bobrisky has only three years to live except he repents.

The cleric identified as Imam Paris in a viral video on social media where he spoke in the Yoruba language further stated that Bobrisky is spending money given by the devil and will soon get into trouble, Naija News reports.