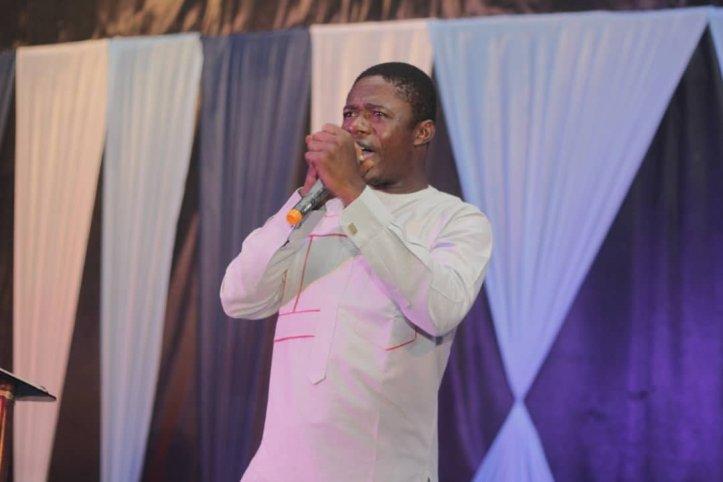 A Nigerian prophet, Pastor Goodheart Val Aloysius of the Father’s House International Church in Calabar, Cross River State has submitted that it is not right for any individual to have as much as three cars while his/her pastor continues trekking.

The controversial prophet took to his Facebook page to make the assertion, further threatening people in such positions that their days are numbered.

He wrote: “Oga you have 3 cars and your pastor is trekking without a car and you are very comfortable don’t worry your days are numbered.”

While it remains unclear in which context the pastor was speaking, many reactions have followed his controversial statement as some people supported his claims while most of the comments observed by our corresponded disagreed with the pastor’s position. 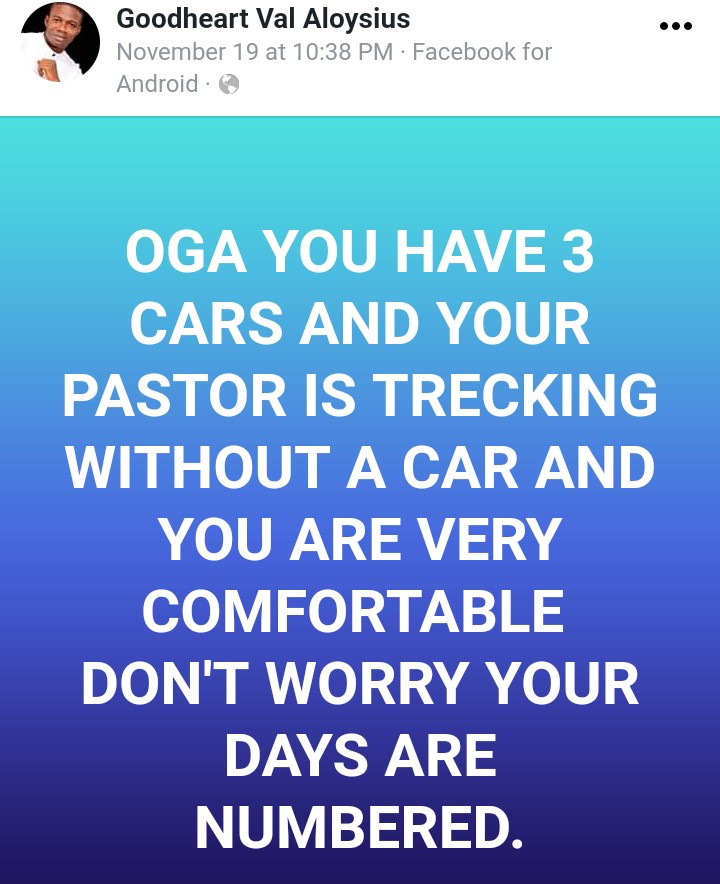 Some see his position as outrageous while others say he is right as God’s work must be supported.

Meanwhile, it will be recalled the same pastor back in May 2020, came up with the idea of selling COVID-19 anointing oil to his church members.

He claimed that the oil can give them spiritual immunity against the virus with each bottle to be sold at $100 – an amount he described as a seed of faith. 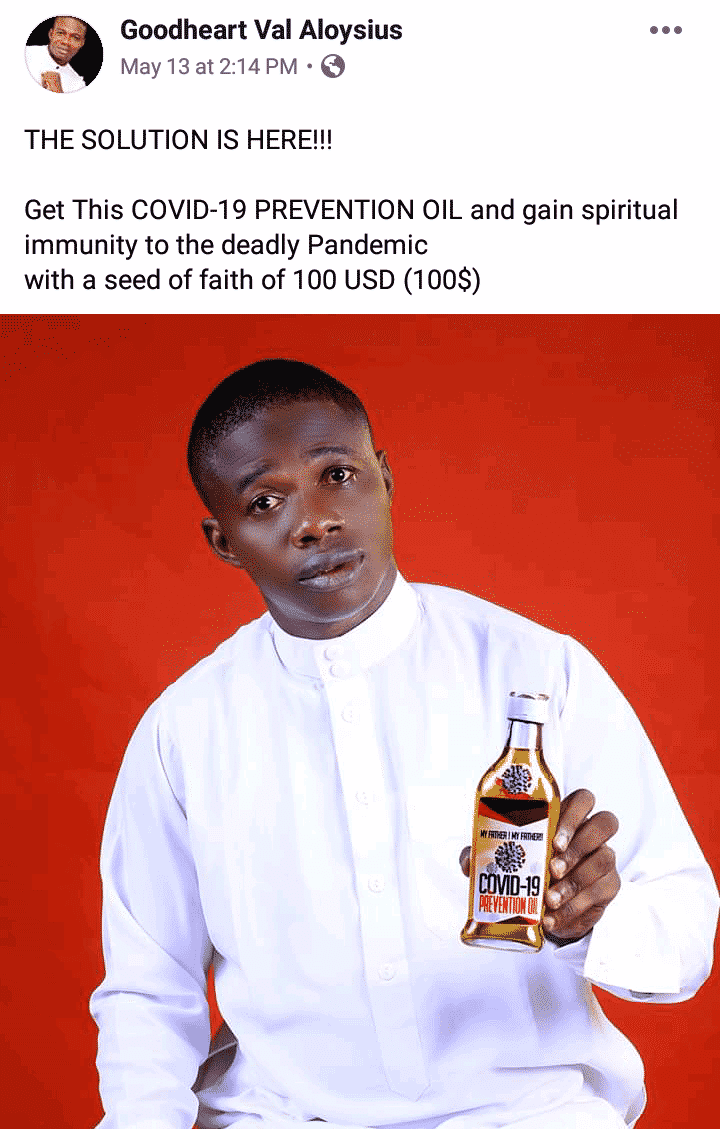