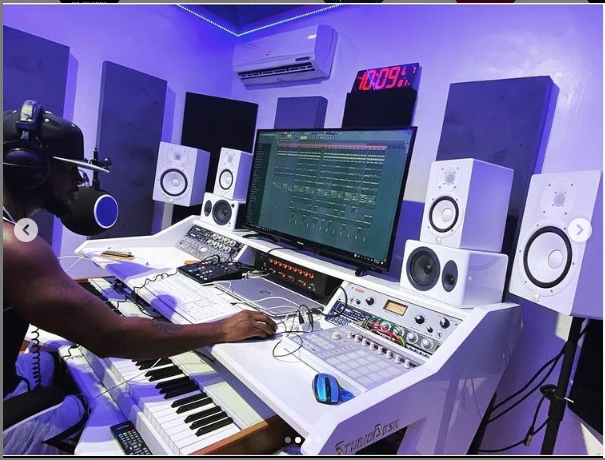 After many days off from doing music, Peter Okoye, twin brother to Paul Okoye of the defunct P-Square singing group, is set to release a music album.

The Nigerian singer and entrepreneur confirmed the upcoming album, ‘The Prodigal Album’ in a post on his Instagram page on Wednesday, November 25, Naija News understands.

Naija News understands that Peter had hinted about the upcoming album while reacting to demands from fans who wanted to see him reconcile with his twin brother Paul.

This online news platform understands that many fans of the twin brothers have been hoping that they would come back together to make music as before. Although the two brothers in different occasions had given hints into what actually transpired between them, leading to their separation.

However, reacting to a Facebook post earlier Peter urged those condemning him on the matter to continue barking while he continues to make progress in real life.

Speaking about not coming out with new singles like other singers including his twin brother, Paul, he said; “This is about securing the major bags just like Diddy, 50Cent, Jay z, Kanye West and Dr Dre! Those are my Role models.

“They are still the top 10 richest musician in the world! when last do they really care about releasing music that much. make una learn to dey calm down! He who has ears let him hear!”