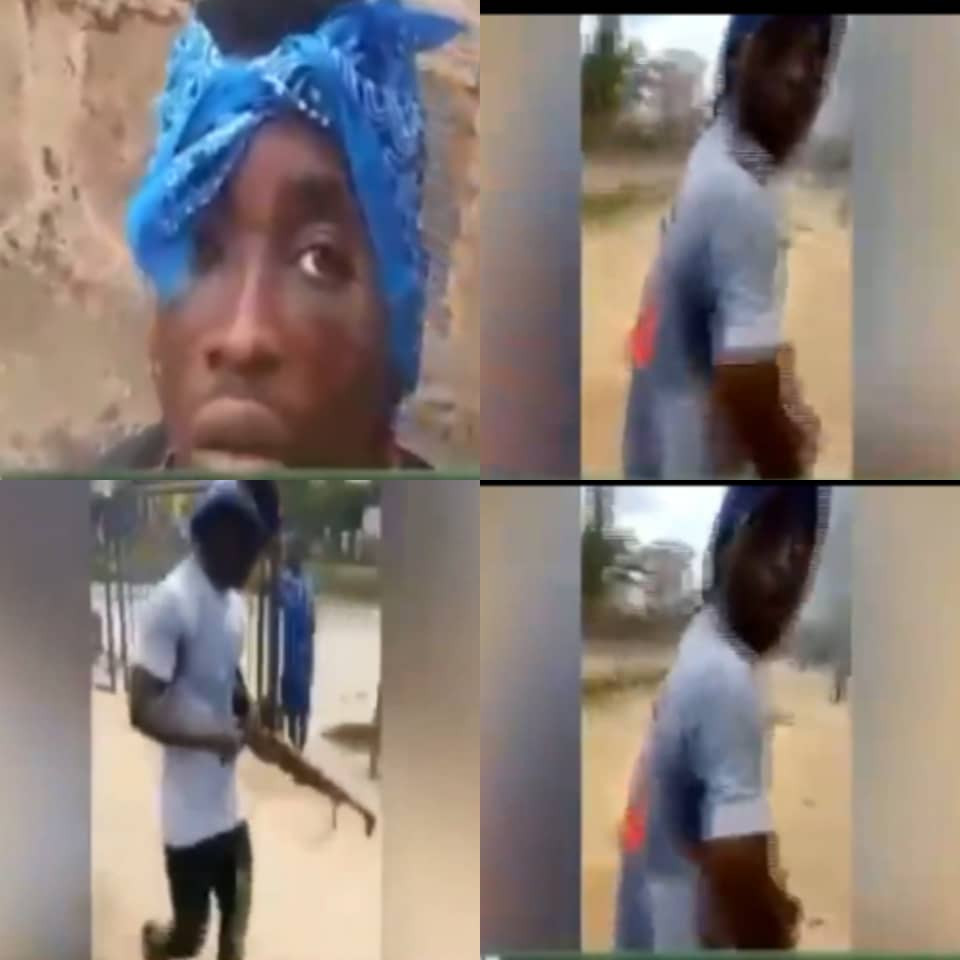 The Suspect, Sunday Effiong who was arrested for robbery was paraded yesterd, November 23.

Effiong was identified in a viral video that captured him leaving the Oba Market police station with an AK-47 rifle after he and other hoodlums had raided the police station on October 19.

According to the police, Effion went on to form a robbery gang afterwards, which has been terrorizing Benin city and environs.

Watch a video of Effiong being paraded below: