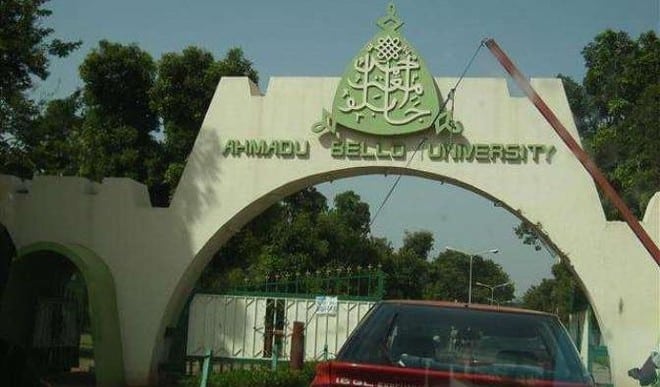 Gunmen on Monday abducted a senior lecturer of the Ahmadu Bello University, Zaria, identified as Bako alongside his wife and daughter.

Further report gathered revealed that the abducted lecturer is of the department of physiology.

According to TheCable, the gunmen broke into the residence of Bako in the early hours of Monday.

The development was confirmed by the spokesman of the University, Awwalu Umar.

But after a police chase and exchange of fire at Dasuwar Da’a village, a community near the university, gunmen freed them.

Umar noted that the Inspector-General of Police, Mohammed Adamu, and other security agencies have been informed.

He said the Vice-Chancellor, Prof Kabir Bala, has appealed for calm and advised everyone to be vigilant. 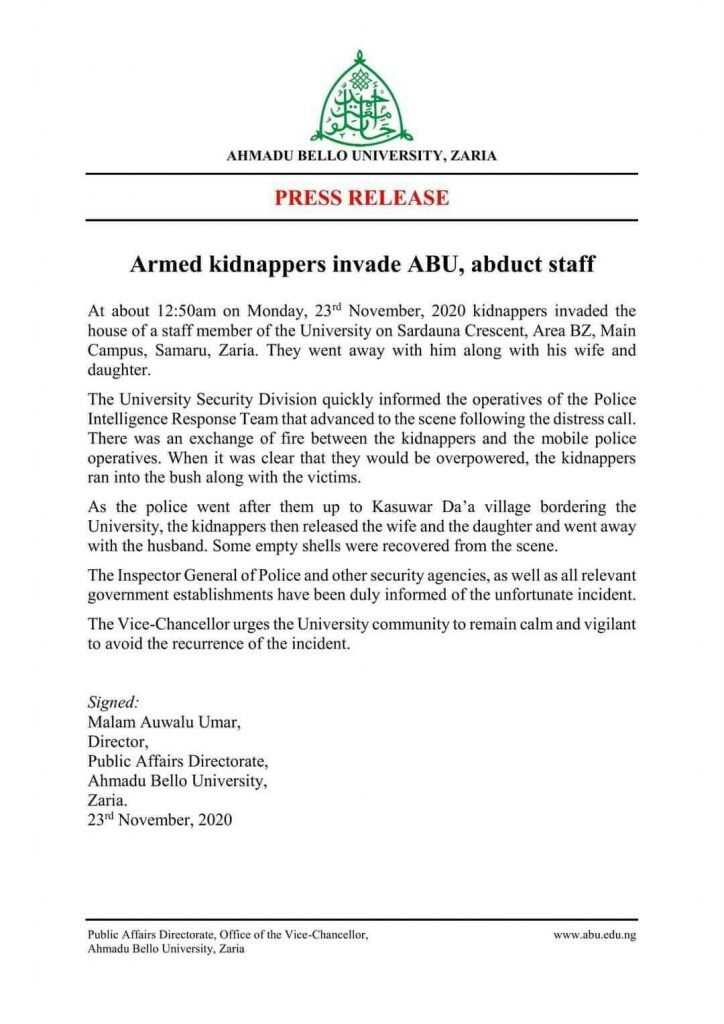