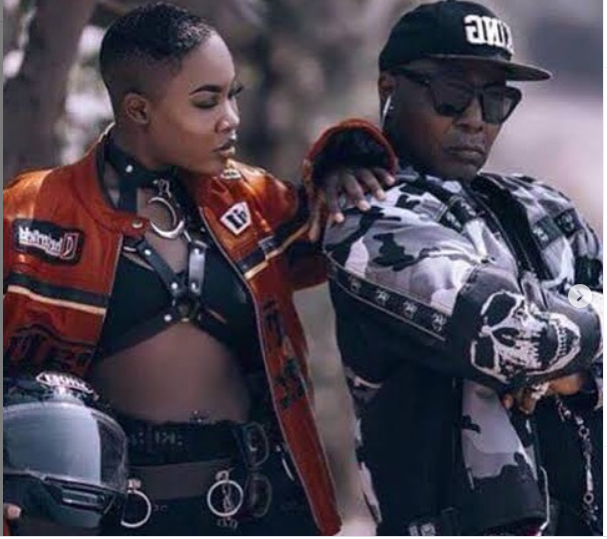 Naija News understands that Dewy accused her father of using her life story to gain followership on social media.

Charley had earlier shared on his Instagram page how his daughter called him on phone about for years ago to tell him that she is a lesbian. According to him, he felt disappointed at first with the development, seeing himself as a failed father with respect to parenting.

He revealed further that he, however, look back now and he found out he is grateful for the experience of having a gay or lesbian child.

He wrote: “For Parents Only. About 4yrs ago, my last Princess of the house called me from America, from her tone I was bracing up for whatever she was about to tell me especially when she kept saying to me, “daddy promise me you won’t get mad at me, or give up on me”

“I am close with my children and I love dem to bits. They are my friend. But I wasn’t really ready for the “breaking news” my Princess Dewy had for me.
When my child told me she is gay, a lesbian, I experienced a range of emotions, during dat phone conversation.
So many things went through my mind, one of them included self-blame (“Did I do something wrong?”) (“The child I thought I knew and loved no longer exists.”), worry (“Will my child be discriminated against?) religious confusion (“Is my child damned to spend eternity in hell?”), and stigma (“What will people think of my child? Of me?”).

“However, I kept pinching myself to calm down because I didn’t want my baby to shy away from me or for us to have a strained relationship. I loved my baby far too much. I first took a deep breath. And all I could say was, “are you sure?” I was hoping it was a prank but it was happening in real-time. Even though I was unusually calm through that conversation, my mind was wondering in all direction.

“Months before this incident, I was lending my voice in support of LGTB rights in Nigeria.
Is life playing tricks on me. Now my daughter is gay, why do I feel disappointed? Am I a hypocrite? How do I handle this bombshell? I have faced many challenges in my life and won, I was determined to win this too. All I want is my Princesses Love, happiness and success in her life anything else is secondary. I told myself that I will get through this, and many months later I did.

“As a matter of fact, I now look back and find that I am grateful for the experience of having a gay or lesbian child.
Nothing can come between me and any of my beautiful children. It is stupid to even think that having a gay child means that parents have failed. That’s some pedestrian thinking.
Me, I love my gay daughter oooo I love you Dewy.”

Feeling disappointed with her father’s narration on social media, Dewy described Charley Boy (her father) as a clout chaser, recalling how they argue over the related issue in 2018.

She wrote: “But just a few days ago … you know what never mind, we already did this in 2018. Imma let you post your lil content for your follows.”

Meanwhile, Lola Omotayo-Okoye, the wife of Peter Okoye of the defunct P-square music group has been described as ‘devilish’ by Paul Okoye, her husband’s twin brother.