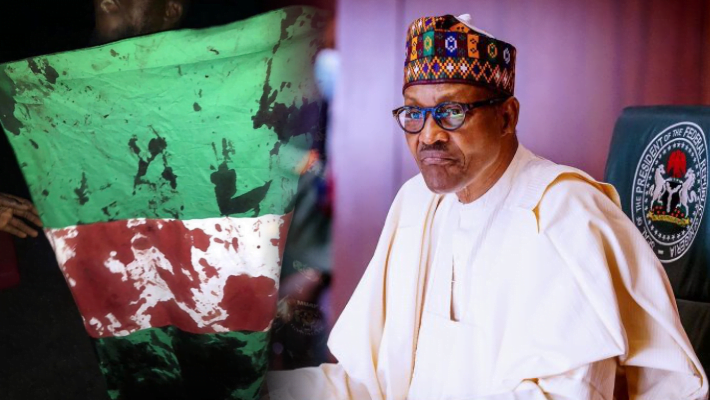 Christiane Amanpour of CNN has questioned the federal government of Nigeria, asking for an explanation on what actually happened at the Lekki tollgate in Lagos State in October between security operatives and #EndSARS protesters.

The incident that occurred at the Lekki tollgate on the night of October 20, 2020 when security operatives allegedly opened fire on peaceful #EndSARS protesters in Lagos State has remained shrouded in controversy.

Naija News reports there has been a lot of back and forth between the federal government headed by President Muhammadu Buhari, the Lagos State government led by Governor Babajide Sanwo-Olu, and the security operatives particularly the Nigerian Army on what actually happened on that night at the Lekki tollgate plaza.

However, a Nigerian DJ, songwriter and singer, Obianuju Catherine Udeh, better known as DJ Switch who was at the scene of the Lekki tollgate incident on that night and made an Instagram live video of the incident has insisted that soldiers shot and killed peaceful protesters at the Lekki Toll Gate on the night of October 20.

Also, an independent investigation conducted by CNN on the October 20th Shooting In Lekki, has been released by the American Television Broadcasting Station.

CNN shared footage of what appears to be soldiers shooting at the #EndSARS protesters who had gathered at the tollgate to press home their demands to end SARS as well as end police brutality.

Following the resuscitation of the story, Amanpour took to her Twitter page on Wednesday evening to tackle the Nigerian government, noting that their narrative of the incident is in doubt.

She wrote, “Why are you killing us?” A CNN investigation has exposed what really happened at Lekki toll gate in Lagos last month, casting doubt on the Nigerian government’s official narrative.

“Why are you killing us?” A CNN investigation has exposed what really happened at Lekki toll gate in Lagos last month, casting doubt on the Nigerian government’s official narrative. WATCH: pic.twitter.com/f6vbtD4jUq

Meanwhile, as at the time of publishing this report, the Defence Headquarters is yet to comment on the viral report by the CNN which has gone viral on the internet.