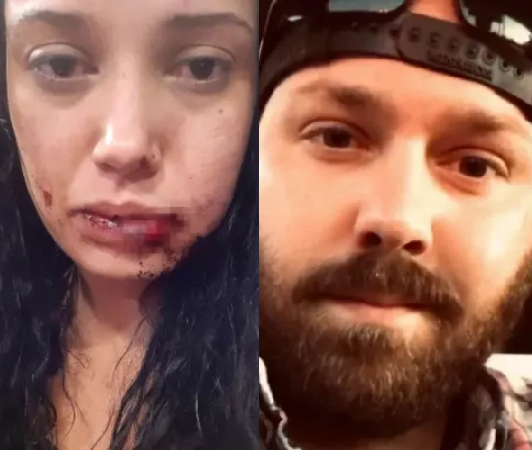 An Atlanta man, Benjamin Fancher, who was angered by the high expense of a date, has beaten the woman he took out on the date.

According to the woman, the man had told her that the date costs too much

Fancher arranged to meet Brittany Correri on Wednesday night, Nov 11, after he matched with her on the dating app Hinge, according to the local TV station 11Alive.

She said the first date with “Ben” went well, adding that he even met with her family and friends.

The night however took a turn after they left Hide Lounge in Buckhead together.

“He started beating me in my head, punching me everywhere — my forehead, my temples, my cheeks, jaws, throat, arms, my back. He was just telling me that the date cost too much, that I’m not worth that,” Brittany said in an interview.

Then, according to Brittany, he pulled out a gun.

“I just believe that he was dead set on killing me,” Brittany told the news station.

“He’s dragging me and beating me and there just happens to be a security guard there. She comes running and taking pictures and I think he gets spooked,” she said, adding that he drove away.

The police have now launched a search for Benjamin on charges of aggravated assault, kidnapping and false imprisonment.