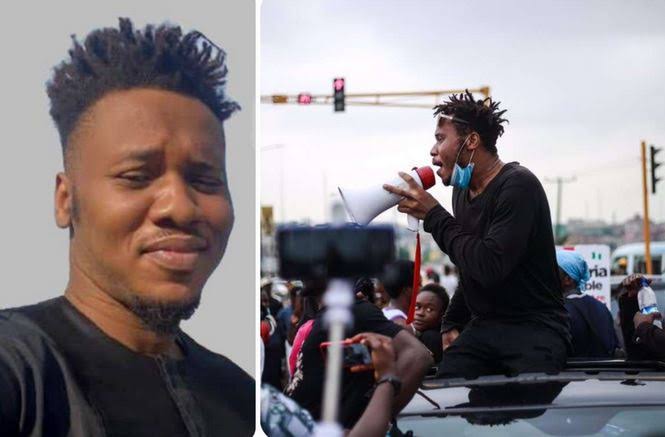 As agitations for the release of Eromosele Adene continues, a dramatic scene was recorded this morning of Tuesday November 17, as the Police reportedly prevented family members and media from entering Yaba Magistrates Court, where the case of #EndSARS frontliner, Eromosele Adene was to be heard.

A report by Channels TV had it that the Police had used their vehicle to create a barricade on the street, which led into the court.

In a video which was shared online, some family members were also seen confronting some officers over their refusal to allow them into the courtroom.

A woman who was initially inside, but came out to see someone was prevented also from gaining access into the court room, whereas her belongings were inside.