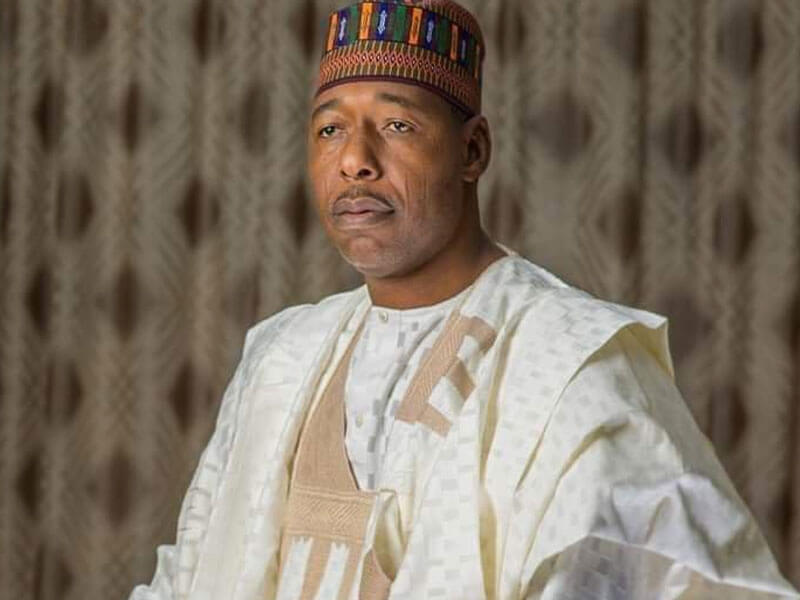 The Borno State Governor, Professor Babagana Zulum has on Monday, ordered immediate steps to be taken on the complete reconstruction of Government Secondary School, Chibok.

The Chibok Secondary School in Borno State was attacked in April 2014 by Boko Haram Terrorists and over 200 mostly Christian female students were kidnapped from the School while they were preparing to write their Senior Secondary School Certificate Examination.

After that fateful day, 57 of the kidnapped girls escaped from their abductors. Also in October 2016, 21 of the girls were released by the insurgents through negotiations, while another 82 were freed through negotiation in May 2017.

The Nigerian military also claimed they rescued two of the girls from their kidnappers, but the fate of about 100 other girls that have remained in captivity since then remain unknown.

However, Governor Zulum on Monday, 16th November 2020 after visiting the school has approved the rehabilitation of the Chibok Secondary School which has been abandoned and in a state of disrepair since the Boko Haram attack.

Zulum who visited the school alongside stakeholders and community leaders in Chibok, directed the state ministry of education to come up with a reconstruction and remodelling plan for the school.

“I hereby direct the ministry of education to deploy a team of experts to assess the entire school and come up with a design and costing so that I can approve the immediate reconstruction and remodelling of this school.”

“We will also ensure that the school is allocated adequate teachers, already I have given a directive for the recruitment of more teachers both on permanent and ad-hoc staffing that will include volunteer teachers.”

“Of course, before the allocation of teachers, the reconstruction will involve the provision of all components of learning materials including a functional laboratory for sciences. By the time I return here, I want to see a completely different scene” the Governor said.