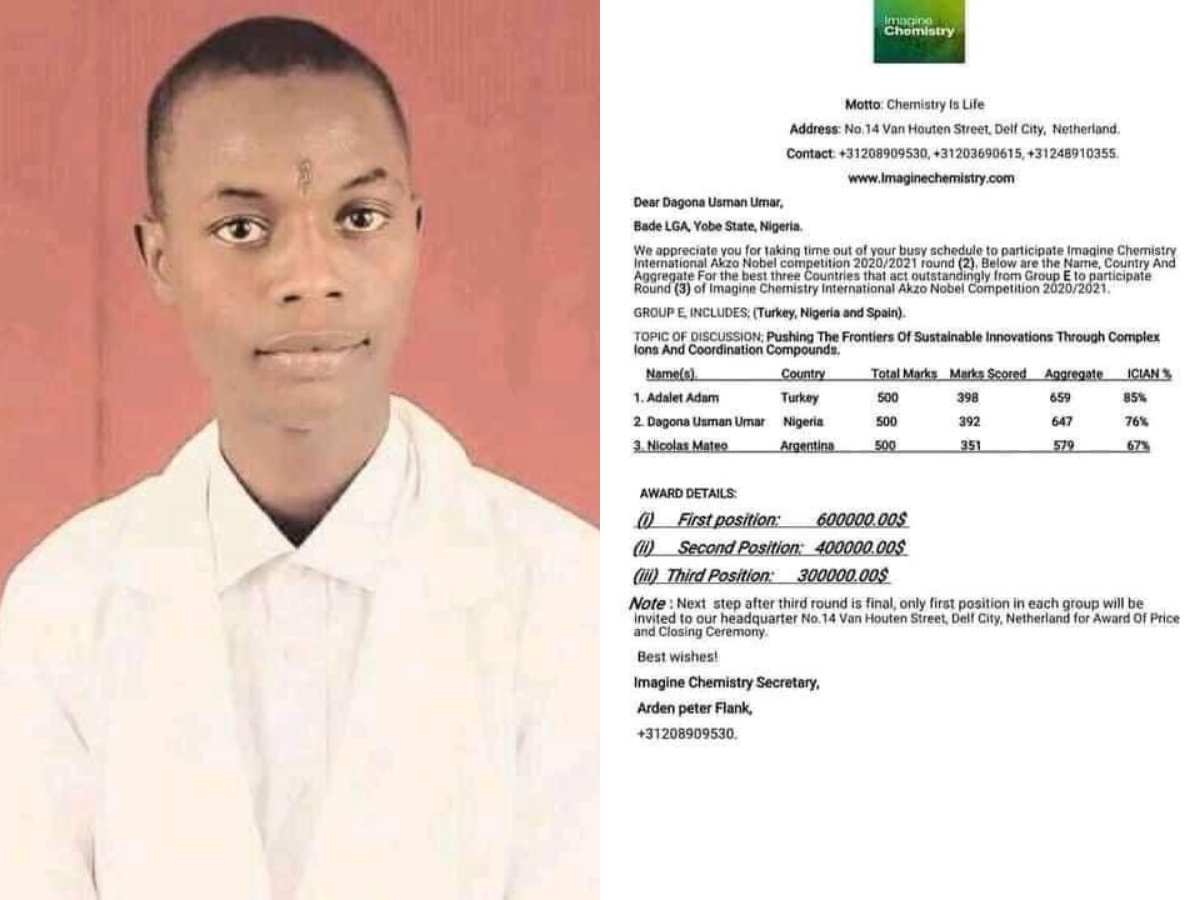 A young man from the Northern part of Nigerian, Yobe State precisely, has reportedly done away with the sum of $400,000 after coming second in a reported world chemistry competition.

Naija News learnt that Umar Dagona represented Nigeria in the competition and finished second, beating fellow competitors from other countries not mentioned.

It was revealed in a letter of notification shared on the microblogging site by one Saif Rikiji that the top three best students in the competition will take home the sum of $600,000, $400,000 and $300,000 respectively.

Naija News understands that the student from Turkey came first while Dagona, the Nigerian representative came second and the Argentine student came third.

It was reported that Dagona who hails from Gashua town of Yobe state studied NCE chemistry education at Yobe state Umar Suleiman Collage of Education in Gashua town.

The genius took part in the “Imaginechemistry” competition and came second among the top five best in the final round.

However, Naija News understands that the organization which reportedly put up the competition, Imagine Chemistry, has last updated its official Twitter account in June 2019.