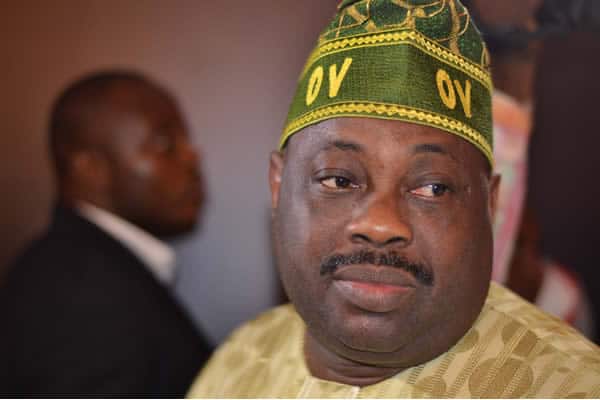 Media Mogul, Dele Momodu on Monday tackled the Central Bank of Nigeria (CBN) for freezing the bank accounts of some End SARS promoters across Nigeria.

Dele Momodu was reacting to a tweet by Muiz Banire, a former Chairman of Asset Management Corporation of Nigeria and APC Chieftain in Lagos, who stated that Nigeria’s apex does not have the power to investigate crimes.

He described the move by the CBN to freeze the accounts as unconstitutional and questionable.

Reacting in a post on Twitter, Dele Momodu accused the Godwin Emeliefe-led CBN of becoming the 37th State in Nigeria.

According to the founder of Ovation magazine, CBN has allowed itself to be dragged into the ‘Gutters of Nigerian politics”.

“The Central Bank of Nigeria has been unfortunately dragged into the gutters of Nigerian politics.

“Seems we now have the 37th Governor managing the 37th State in our long-suffering nation without being elected,” he wrote.

Naija News reports that the Central Bank of Nigeria (CBN) had asked the Federal High Court to freeze accounts of 19 Nigerians and a public affairs company linked to the End SARS protests.

The CBN request was granted by a Federal High Court in Abuja, Nigeria’s capital. The request which was filed before the court on October 20 was granted by Justice Ahmed Mohammed.

According to reports, some Nigerian banks were directed to freeze all transactions on the 20 accounts on the list annexed to the CBN’s application as Exhibit A and all other bank accounts of the defendants/respondents for a period of 180 days pending the outcome of the investigation and inquiry currently being conducted by the Central Bank of Nigeria.