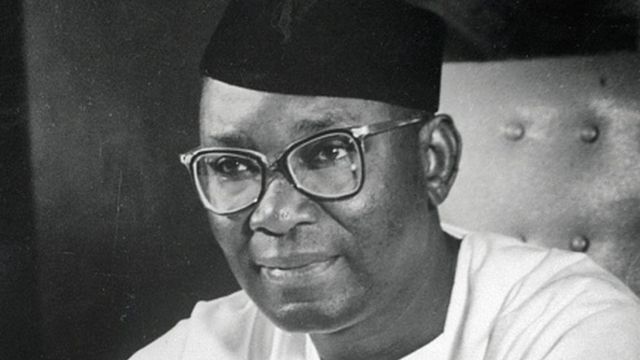 To this end, the state government declared that except for those on essential services, all government offices are to remain shut on Monday.

Governor Obiano noted that Nigeria at this time, needs transformational leaders such as the late Zik of Africa who lived ahead of his time, challenged protocols, and set standards.

Obiano declared that without recourse to any personal gain, Azikwe fought for Nigeria’s peace and unity and trained many others to follow in the line.

He said: “When he founded the University of Nigeria at Nsukka in 1960, he named key places on the campus after such Nigerian leaders as Chief Samuel Akintola, Sir Ahmadu Bello, Chief Obafemi Awolowo, Professor Eyo Ita and Sir Abubakar Tafewa Balewa, even though they were his political opponents”, Governor Obiano stated.

“At a time most people in the world did not reckon with women, The Great Zik of Africa ensured that halls of residence at the UNN were named for Mrs Funmilayo Ransome-Kuti and Mrs Margaret Ekpo.

“Nigeria is in dire need of transformational leaders like Dr Nnamdi Azikiwe, the symbol of national unity and progress. All Nigerians are grateful to the memory of this great man of philosophy and action”.

The Governor also called on President Muhammadu Buhari to declare the late Azikwe’s birthday as a National holiday in recognition of his contributions to the growth and development of Nigeria.

“Interesting enough, it was the Great Zik of Africa who mentored Dr Nkrumah whom he discovered when he was editing the African Morning Post in Ghana and sent him to his alma mater in the United States, Lincoln University, the first historically black university in America, to study the humanities just like himself”.

“Zik inspired a generation of Africans, including Nigerians, into African nationalism.

The list includes Chief Obafemi Awolowo who wrote that he decided to study law in the United Kingdom after watching Zik address the Nigerian Youth Movement in Yaba, Lagos; in appreciation Chief Awolowo launched his Nigerian Tribune Newspapers on November 16, 1949, Zik’s 45th birthday.

“Another great Nigerian whom Zik inspired into embracing pan Africanism was the late Chief MKO Abiola, who won the 1993 presidential election fair and square but was tragically denied victory. The Nigerian people are consoled by the fact that this great Zikist has officially been declared winner of the historic vote, though posthumously, and June 12 proclaimed a national holiday”.