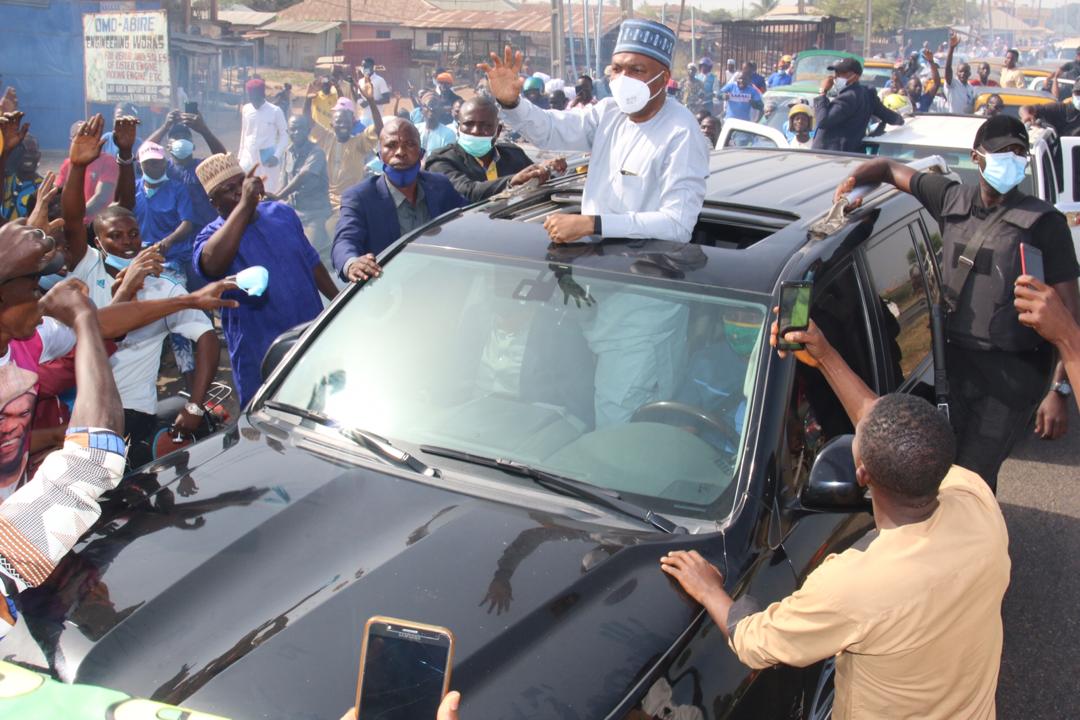 Former Senate President, Abubakar Bukola Saraki on Saturday arrived in Ilorin, the Kwara State capital, for the first time since the 2019 general election.

Naija News recalls that the Senate President had in 2019 lost his bid to return to the National Assembly.

Although he contested under the platform of the Peoples Democratic Party (PDP), he polled 68,994votes to trail behind Dr. Ibrahim Oloriegbe of the All Progressives Congress (APC) who garnered 123,808.

It was gathered that the former Kwara governor was at his home town for the eight-year Fidau prayer for his late dad, Olushola Saraki and the silver jubilee anniversary of the coronation of the Emir of Ilorin, Ibrahim Sulu-Gambari.

Saraki was welcomed by a huge crowd of supporters at the Ilorin International Airport, with many lining up the route leading to the palace of the Emir of Ilorin.

Also present is his younger sister who is also the Minister of State for Transport, Gbemisola Saraki. 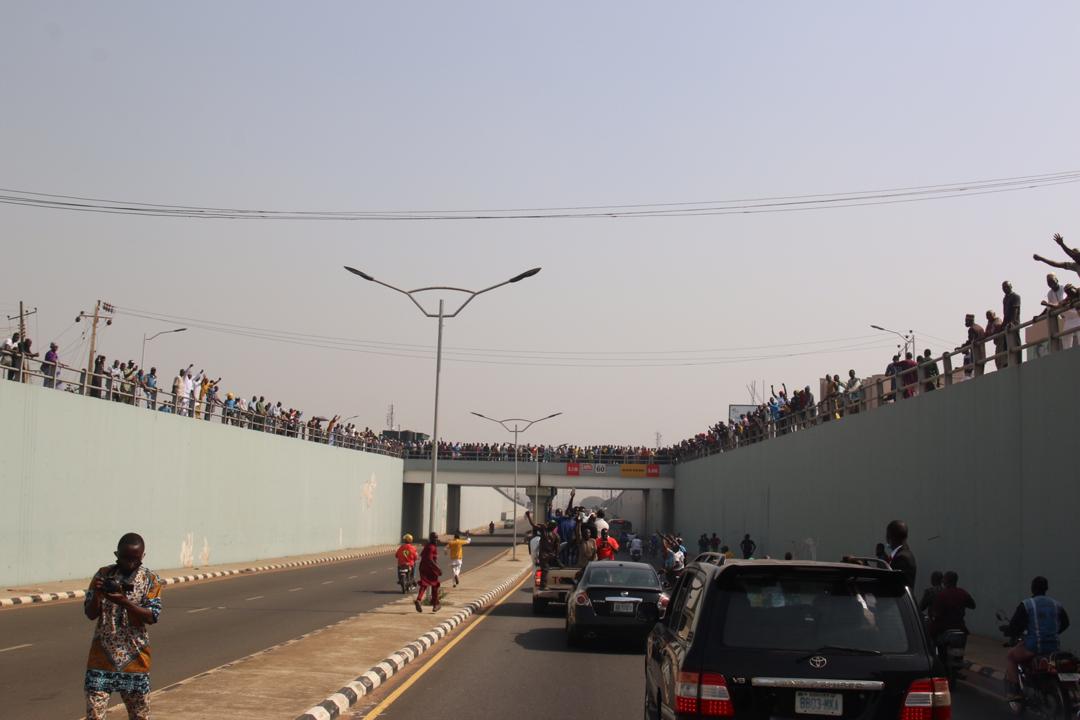 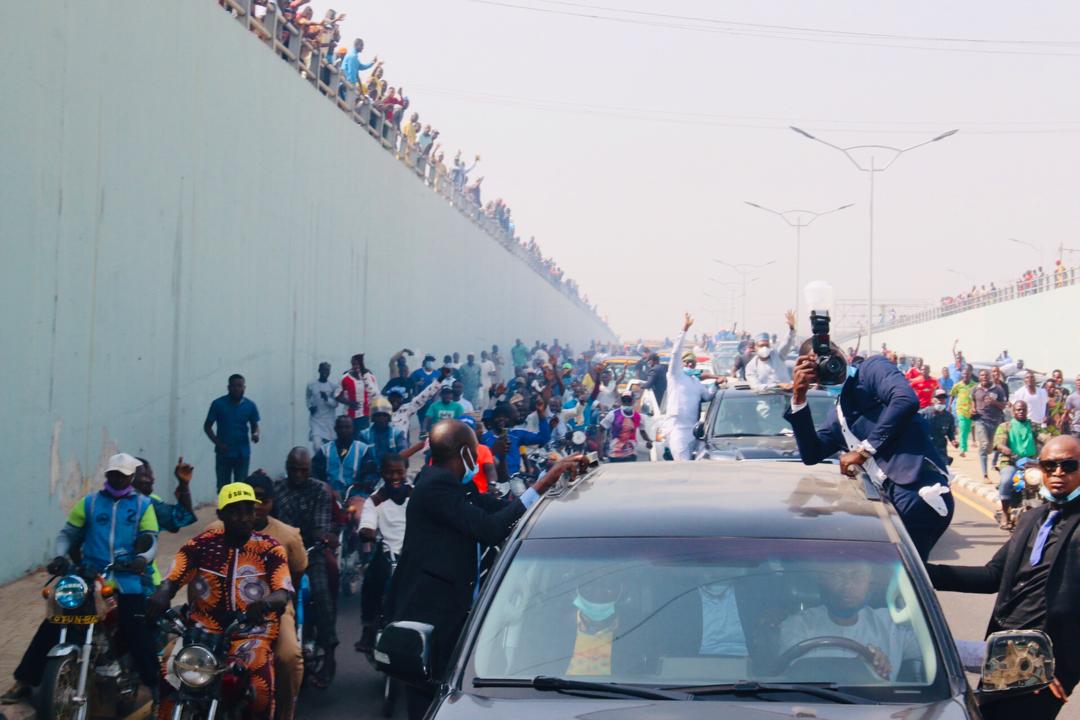 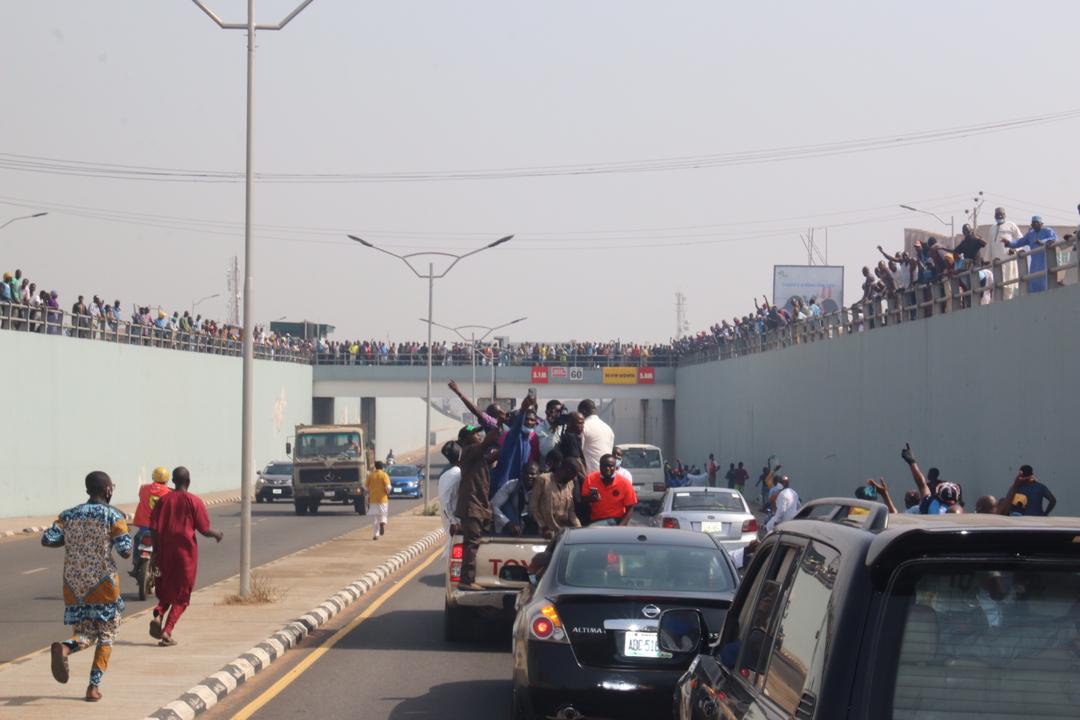