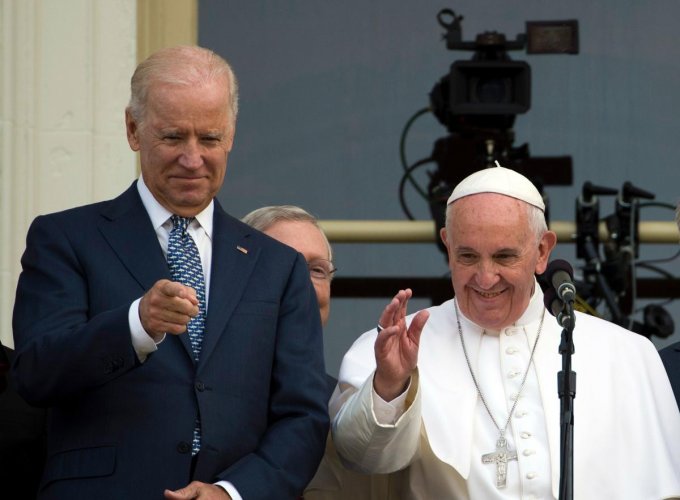 The head of the catholic church worldwide, Pope Francis on Thursday, congratulated Joe Biden as the president-elect of the United States of America.

According to a statement by Biden’s transition team, the Pope offered his blessing and congratulations to Biden.

The statement revealed that “The president-elect thanked His Holiness for extending blessings and congratulations and noted his appreciation for His Holiness’ leadership in promoting peace, reconciliation, and the common bonds of humanity around the world.”

Biden also “expressed his desire to work together on the basis of a shared belief in the dignity and equality of all humankind on issues such as caring for the marginalized and the poor, addressing the crisis of climate change, and welcoming and integrating immigrants and refugees into our communities.”

Biden is understood to be the second Catholic elected to the US presidency, after John F Kennedy in 1960.

Meanwhile, though final official results are yet to be released for the 2020 US presidential election, Democrat Biden is believed to have gained an unassailable lead over Donald Trump in the race to the white house, though Trump and his camp have insisted the race is not over and have alleged election rigging in the polls.