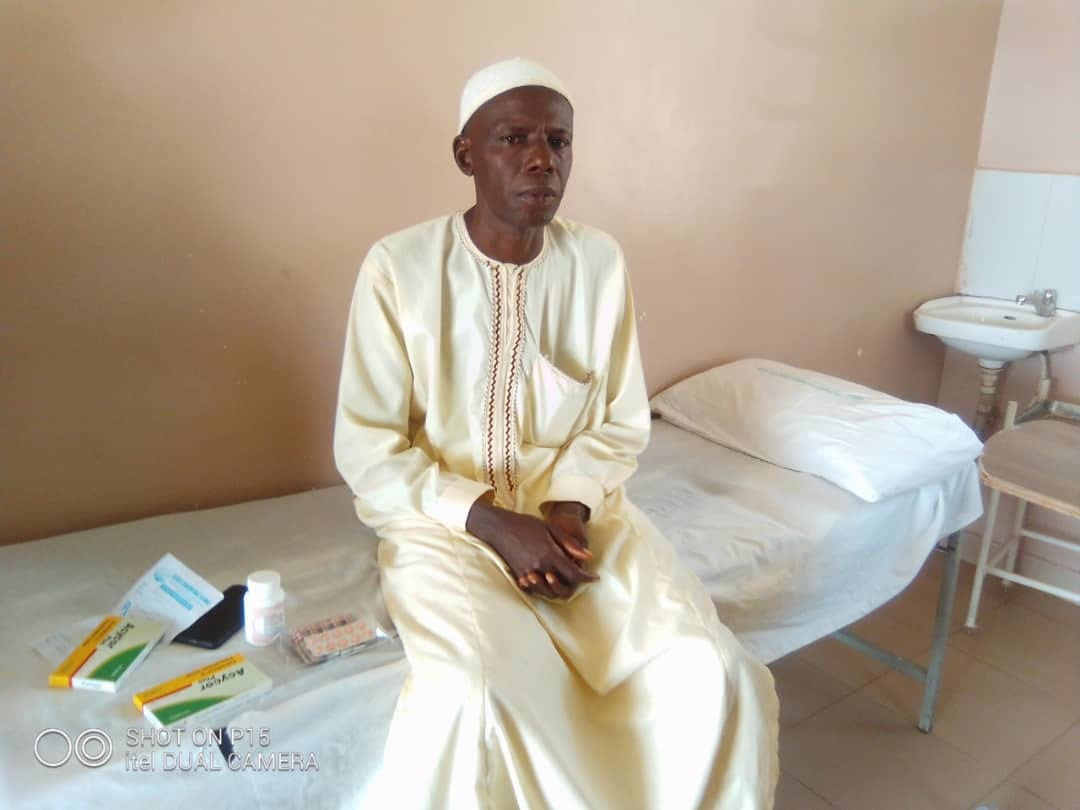 Help has come the way of Dahiru Buba, an indigene of Gombe state who trekked from Gombe to Abuja to celebrate the election victory of President Muhammadu Buhari in 2019 but started suffering limb pains after the exercise.

The help came from the Governor of his state, Muhammadu Inuwa Yahaya who directed medical personnel to treat Buba who actually hails from Dukku Local Government area of the state.

Naija News recalls the social media has been awash in recent days with pleas from the man who cried out for help over the worsening situation of his leg.

He lamented that he had been feeling the pains since he returned from his 15-days solidarity walk in 2019 after Buhari’s presidential election victory.

Succour came his way after Governor Yahaya responded to his cries and according to a statement by Ismaila Uba Misilli, the Senior Special Assistant to Governor, Buba will receive adequate medical attention as directed by his principal.

“On the directives of the Gombe State Governor, Alhaji Muhammadu Inuwa Yahaya, Dahiru Buba was taken to the Government House clinic, Gombe from where he was referred to a private orthopaedic hospital where he was thoroughy examined and placed on medication,” the statement on Thursday, 12th November reads.

Dahiru Buba who had a chat with newsmen after the first round of his treatment thanked the Governor for coming to his aid.