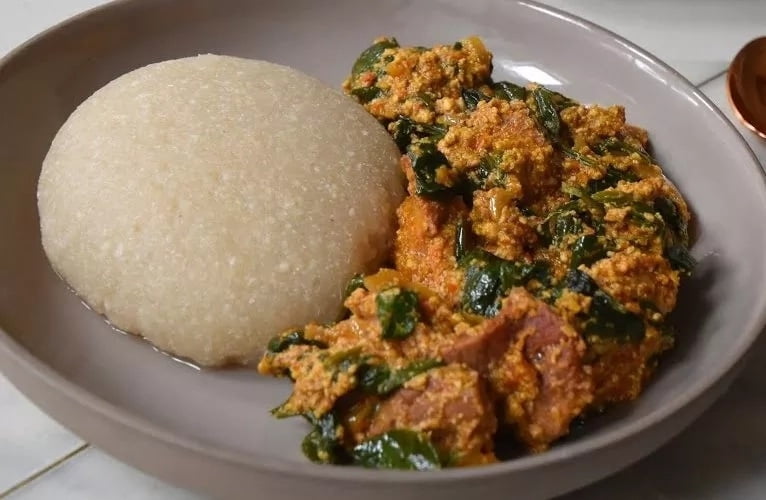 File Photo: An already existing photo of Eba and Egusi

A yet to be identified ‘Pastor’ has been spotted in a now-viral video feeding his congregations with only soup while he takes both soup and Eba.

Though the name and location of the worship centre where the event was recorded could not be ascertained at the moment, Naija News, however, noticed that the self-acclaimed pastor was holding a plate of soup in one of his hands while a member was carrying the plate of Eba which he feeds on.

Watch the video which has caused a barrage of reactions on social media below;

Pastor Feed Members With Soup During Communion While He Eats 'Eba'#LegendStarGirlErica#EricaUnviels#Crazylove#LayconInDiamondLoungePH#LayconXOrijin#SuperWomanByIAMOYATAZ#ImperfectionBySnoweezy pic.twitter.com/R5Es9khQhn

Meanwhile, Naija News reported earlier that Twitter users blast a young Nigerian lady for rejecting N150,000 as an offer from a netizen who wanted to go out on a date with her.