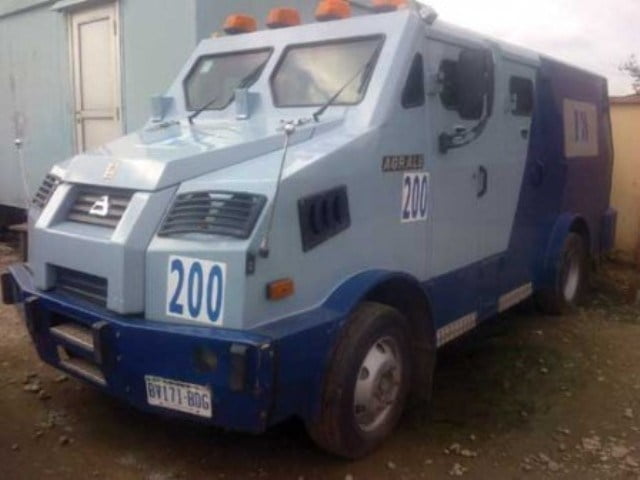 One has been confirmed dead, as some gunmen opened fire on a bullion van in Ajah area of Lagos on today.

The incident was said to have occurred at Addo road, close to popular supermarket, Blenco.

Footages seen showed the attack on an armoured Toyota Hilux ridden with bullets which appeared did not penetrate.

It was learnt that the Robbers shot the tyres of the van and then shot the lock of the cash storage.

An unidentified okada man was hit by a stray bullet. His lifeless body laid inches away from his motorcycle.

It is unclear if the policemen conveying the money were killed or severely injured.