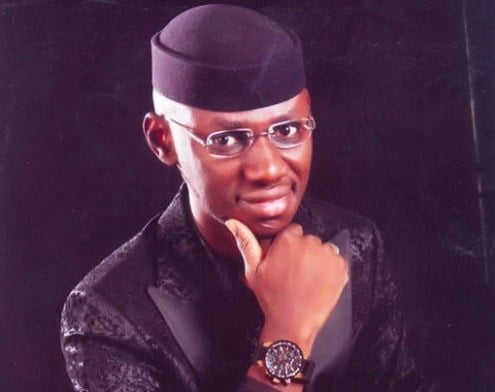 Former Deputy National Publicity Secretary of the All Progressives Congress (APC), Comrade Timi Frank, on Wednesday, condemned, in its entirety, the suit purportedly filed by an activist against 50 prominent members of the #EndSARS protesters at a Magistrate's Court in Abuja.

Frank in a statement in Abuja, insisted that while the plaintiff claimed to be an activist, he has credible intelligence that the APC's administration is behind the suit which aims to indict the peaceful protesters and pave way for their unlawful incarceration.

He called on Nigerians to hold President Muhammadu Buhari and the Department of State Services (DSS) responsible over any harm that may befall any member of the #EndSARS protesters, including activists and celebrities now listed in the proxy suit.

He said that the Buhari's regime has perfected the filing of court processes by proxy by engaging gullible quasi activists as fronts to move against perceived opposition elements as evident in a similar petition to the Code of Conduct Tribunal that led to the illegal removal of the immediate past Chief Justice of Nigeria (CJN) from office.

Nevertheless, he called on Aisha Yesufu, Folarin Falana (Falz), David Adeleke (Davido), Bankole Wellington (Banky W), Tiwa Savage, Nwankwo Kanu and Sam Adeyemi, and 43 other #EndSARS protesters not to be intimidated by the shenanigans of the Federal Government through the kangaroo suit.

He urged them to remain resolute in their quest to end brutality and impunity in the governance of the country, as no victory comes cheap and easy.

He urged Nigerians to pray for all #EndSARS protesters so as to thwart the evil machinations of the Federal Government against them.

He urged the Federal Government as they embark on this vindictive and frivolous voyage of prosecution of #EndSARS protesters to be mindful of recent uprisings in Mali and Sudan where security forces, backed by government, killed and arrested scores of protesters but at the end of the day the will of the people prevailed.

He wondered why the Buhari's regime would seek to prosecute peaceful protesters who were demanding for their rights to be safe from harassment, torture and brutality in the hands of the recently disbanded Special Anti Robbery Squad (SARS) unit of the Nigeria Police while killer Fulani herdsmen, bandits and Boko Haram insurgents are not being prosecuted with similar zeal.

He said that it was ironic that while the Lagos State Government has ordered the unconditional release of over 250 persons believed to have hijacked the #EndSARS protests to perpetrate criminal activities, the Federal Government is moving against those who protested peacefully.

According to the Bayelsa-born political activist, majority of present APC leaders including Buhari protested against the administration of ex-President Goodluck Jonathan in 2012 and 2015 but the government did not attack, harass, intimidate, arrest nor prosecute any of them like they are presently doing to peaceful #EndSARs protesters.

He declared that members of the Buhari administration would not escape justice at the international community even if they cloak themselves with official power to hide their excesses.

He revealed that following the ongoing witch hunt of #EndSARS protesters, Nigerians in Diaspora have set up a 14 member committee to identify and document properties owned by present government officials.

He said after the collation, the list would be attached to petition to the Governments of countries where such properties are located.