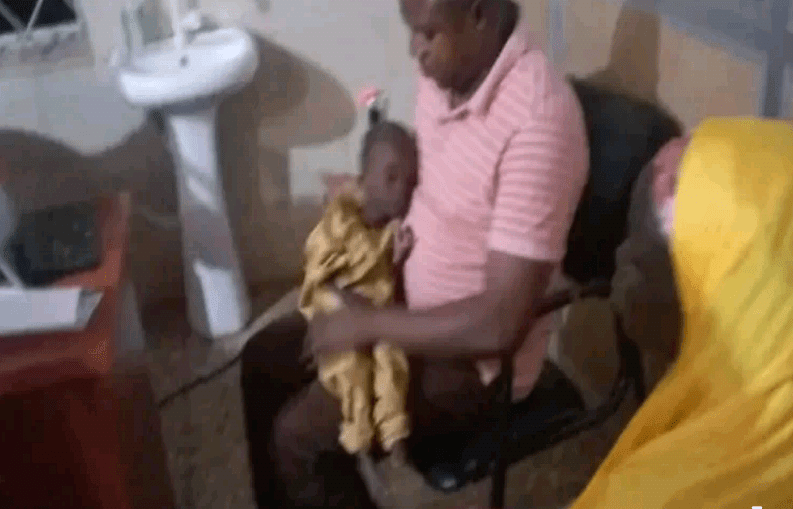 A 2-year-old sick child, who was allegedly abandoned by his father in Katsina, following his separation from the victim’s mother, has been rescued by the National Human Rights Commission (NHRC).

It was learnt that officials of the commission, acted on information received from neighbours to the family.

It was gathered that the boy, Abdullahi Rabiu was abandoned by his father Rabiu Tukur in Barda Ajiwa town, Batagarawa Local Government Area of the state.

Immediately, the Katsina state Coordinator of NHRC, Barrister Adamu Umaru Kasimu  swung into action, and visited the family compound for the necessary investigations in line with the Commission’s mandate and Standing Order and Rules of Procedure (STORP).

The Executive Secretary of the Commission, Tony Ojukwu, who confirmed the development in a statement on yesterday, November 10, warned parents and guardians to desist from any action or inaction that will lead to violation of the rights of any child saying, “Child neglect or abuse is a grave human rights violation that attracts severe punishment for any culprit”.

In a bid to rescue the abandoned child and further sensitize the affected community, the Coordinator held a meeting with the community and religious leaders.

He emphasized that the Commission was ready to ensure that culprits of child abuse are made to face the full wrath of the law.

After a search by the police, with the help of the Commission, the father of the victim was arrested,  while the baby was admitted at Federal Medical Center Katsina for proper medical treatment.