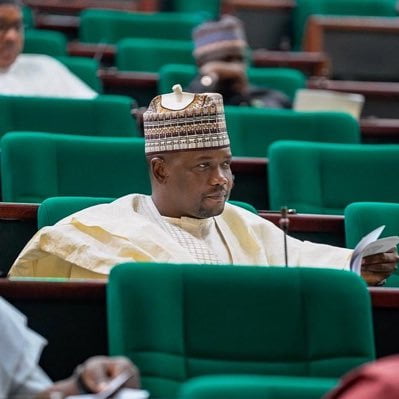 A federal lawmaker, Victor Mela, representing Billiri/Balanga federal constituency of Gombe State has been found guilty of lying under oath by a Magistrate Court in Abuja.

The presiding judge found Mela guilty of supplying false information to the Independent National Electoral Commission (INEC) to enable him contest the 2019 election.

The lawmaker had been dragged before the Wuse Zone 6 magistrate court by the Police over allegations of lying under oath while filing the INEC form CF001 prior to the 2019 elections.

The presiding judge has however set a different date for the sentence of the lawmaker after his lawyer pleaded for leniency concerning the judgment.

Mela, who contested on the platform of the All Progressives Congress (APC), won the house of representatives election for Billiri/Balanga federal constituency which held in February 2019.

Ali Isa, who contested on the platform of the Peoples Democratic Party (PDP), challenged the outcome of the polls but lost in the appeal as both the national assembly election petition tribunal and the court of appeal, Jos division upheld the victory of the APC candidate.

Victor Mela Danzaria is the Vice Chairman of the House of Representatives Solid Minerals Committee.