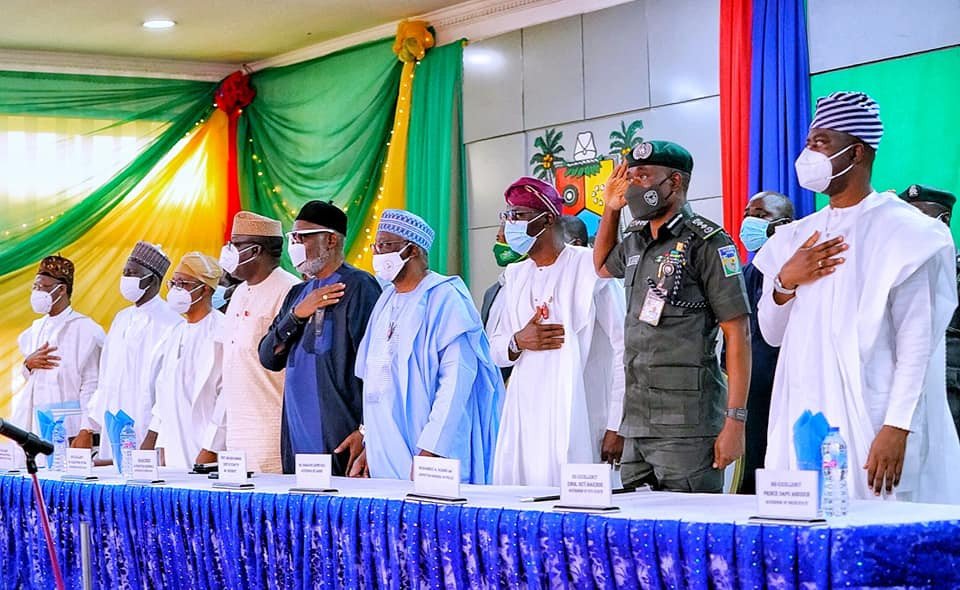 Governors of the South-West region/province have called for the censorship of social media in order to “avoid the spread of fake news”.

This they made known at a meeting it held in Lagos state on Sunday, November 8, with a Presidential delegation, following the crisis that engulfed many states in the region in the wake of the EndSARS protest.

After the meeting, the governors and monarchs released a communique lamenting about the negative effect of fake news peddled on social media during the recent EndSARS protests and the ensuing violence.

“We recognise the damaging and negative impact of fake/false news and worry about its destructive and dangerous potency of fake news. We call on the federal government to use the instrumentality of existing laws and those regulations bench-marked from other countries to provide safeguards against the spread of fake news. 2015 Cyber Act will also be fully used.

Monarchs in the region who attended the meeting were the Ooni of Ife, Oba Adeyeye Ogunwusi; Alaafin of Oyo, Oba Lamidi Adeyemi; Alawe of Ilawe Ekiti, Oba Adebanji Alabi, amongst others, were also present at the meeting.

The Chief of Staff to the President, Ibrahim Gambari; Minister of Information and Culture, Lai Mohammed; the Inspector General of Police, Muhammed Adamu, and ministers from the region also attended the meeting.

Many Nigerians have kicked against the planned regulation of social media, describing it as a breach of their rights to expression. A bill on the regulation is before the national assembly and has scaled second reading at the senate.