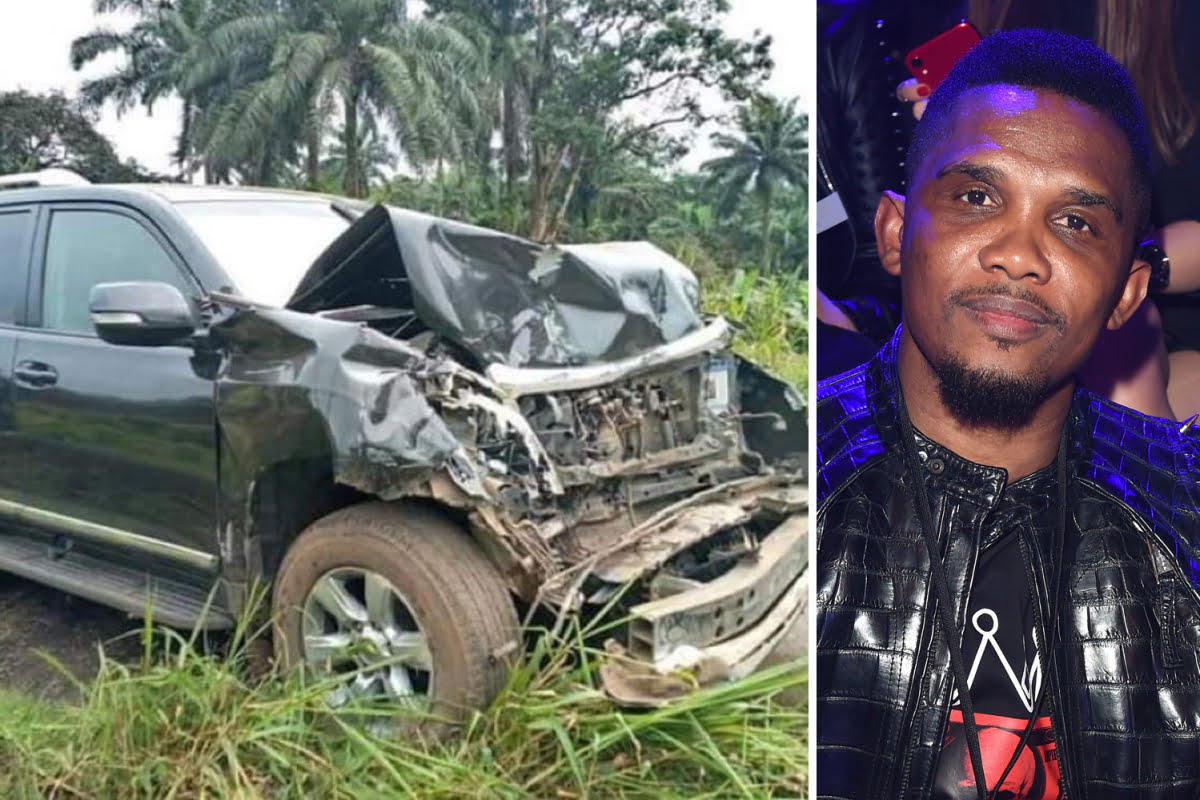 Four-time African footballer Samuel Eto’o survived a car crash on Sunday while on his way to Douala, according to a source close to him.

He was on his way back from the northern town of Bafoussam, where he went to a party over the weekend.

The collision reportedly happened near Nkongsamba as Eto’o was driving home from a wedding.

The driver of a public bus reportedly failed to drive properly thereby colliding with vehicles in Eto’o’s convoy.

Meanwhile, reports suggest that the former Barcelona striker is in hospital.

Eto’o’s spokesman told the BBC Eto’o was in good health, but his car broke seriously damaged.