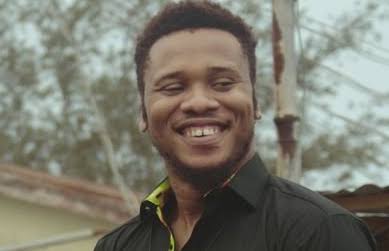 Eromosele Adene, one of the campaigners of the #EndSARS movement, who was reportedly arrested on Saturday, by the Nigeria Police Force, has been transferred to Abuja, from Lagos.

According to his sister, Onomene Adene, when his lawyer arrived at Area F, Ikeja, where Eromosele was taken to; he was told that he had been moved, because Lagos is the epicentre of the protest and his detention could spark a protest in the state.

Recall NaijaNews had reported that Eromosele, who is a musician and a civil rights activist, was arrested by 15 policemen at his home located in the Ikeja area of Lagos State on Saturday.

Subsequently, he was taken before the Commissioner of Police, Hakeem Odumosu, and was later transferred to the State Criminal Investigation Department, Panti before being taken to Area F, Ikeja.

His sister said, “He has been moved to Abuja and I think they decided to move him because they would not be able to control the outrage in Lagos.”

The Inspector-General of Police, Mohammed Adamu, had told all police formations across the country to ensure that there were no more protests across the nation, a move which activists say is at variance with the constitution.

It was learnt that Eromosele and some others had planned to hold a protest on Saturday and had distributed fliers to the effect which contained his phone number.