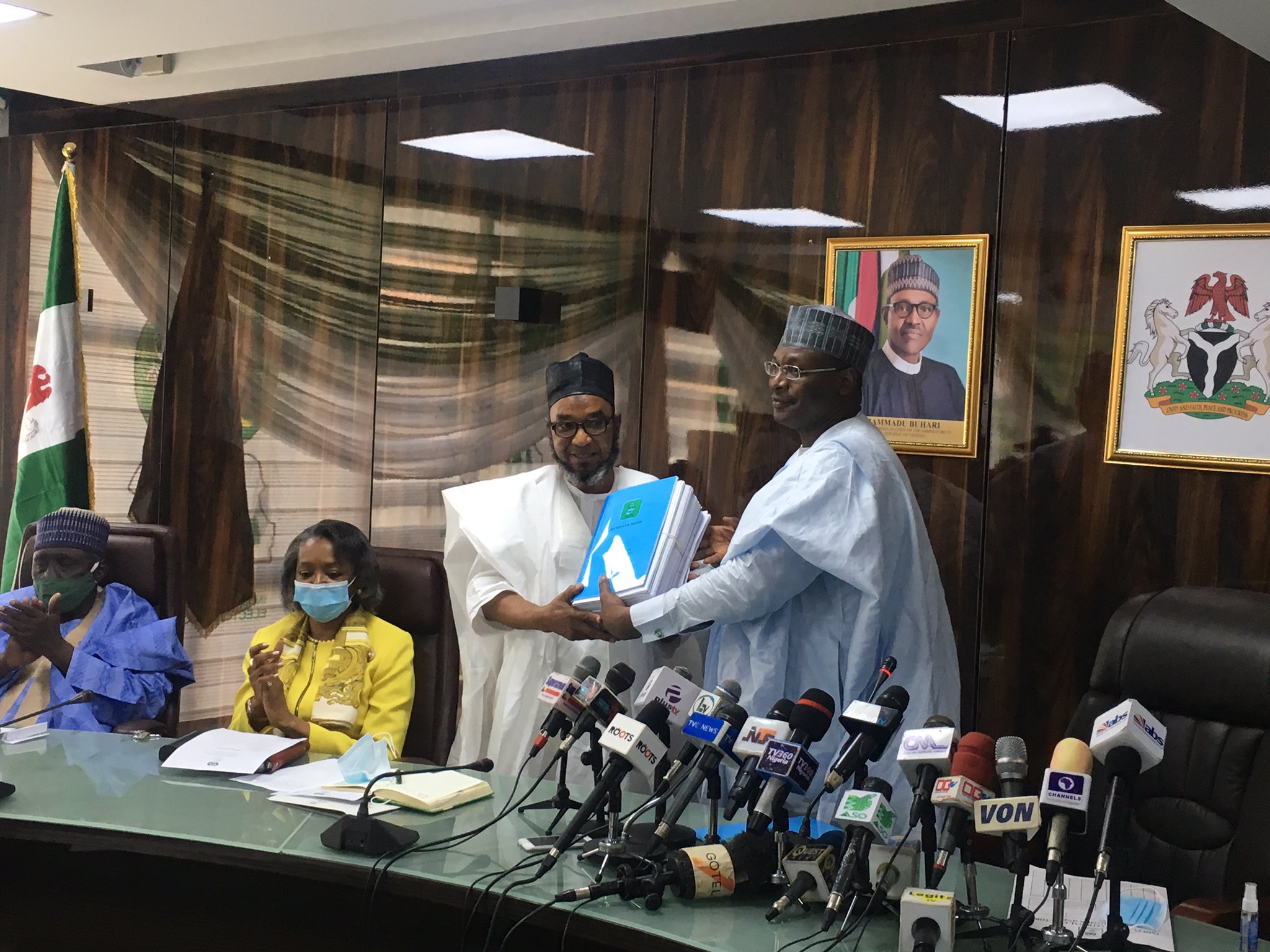 Air Vice-Marshal Ahmed Muazu (retd) has on Monday, taken over in acting capacity from Professor Mahmood Yakubu as the chairman of the Independent National Electoral Commission (INEC).

This comes as the 5-year tenure of Prof. Yakubu expired on Monday 9th November 2020.

Though he has been re-appointed for another 5-year term in office by President Muhammadu Buhari, his re-appointment is pending approval from the Senate.

Yakubu has therefore handed over to Muazu, a national commissioner in the interim to oversee the affairs of the commission.

Speaking during the handover event at the INEC headquarters in Abuja, Yakubu said, “You may recall that the current Commission was inaugurated in three batches. The chairman and five Commissioners were sworn-in on 9th November 2015, followed by another six Commissioners on December 7, 2016, and one more Commissioner on July 21, 2018.

“The commission is a constitutional body whose members are appointed for five years which may be renewed for a second and final term. This means that my tenure and that of the first set of five Commissioners ends today.

“As you are already aware, the renewal of my tenure as Chairman of the Commission has been announced, subject to confirmation by the Senate. Our work as election managers requires us to enforce the law, regulations, and guidelines. In doing so, we must demonstrate strict respect for, and compliance with, the Constitution of Nigeria and subsidiary laws.

“Consequently, it will be inappropriate for me to remain in office beyond today, 9th November 2020, without confirmation by the Senate and swearing to another oath of office as provided by law.

“Pending the conclusion of the statutory process, the remaining National Commissioners have resolved that AVM Ahmed Mu’azu (retd.) will oversee the affairs of the Commission.

“It is therefore my pleasure to hand over to him in the interim. We have worked as a team for the last four years. Therefore, there is nothing new to anyone of them.

“I wish to express my appreciation for the support of the Commission members, the Resident Electoral Commissioners, the Secretary to the Commission, the Director-General of the Electoral Institute, Directors, members of the technical team, heads of the various security agencies deployed to INEC and all staff of the Commission nationwide. I look forward to working with you again.”