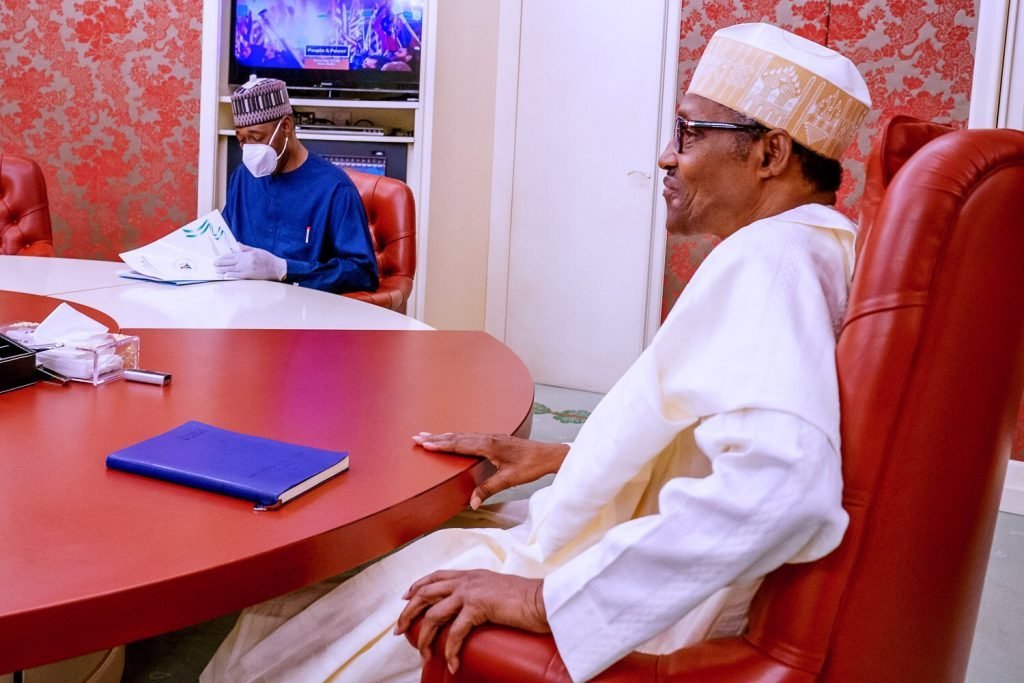 Zulum during the meeting called for political solution to end what he described as “madness’’ afflicting the state.

The Borno State Governor while speaking with State House after the closed-door meeting noted that the state government had successfully facilitated the return of over 100,000 Internally Displaced Persons (IDPs) to their ancestral homes.

He added that the measures being put in place will not be enough to solve the security problems in the state.

The governor said the youth of the state must be empowered by all levels of government to be able to live a meaningful life.

“I’m glad to inform Nigerians that there is a gradual return of peace to the north east region particularly in Borno State.”

“Government has started resettlement of people to their ancestral home.”

“We have received tremendous support from the Nigerian military, from the paramilitary, ministry of finance, Humanitarian Affairs and its agencies especially NEMA, North East Development Commission and others.”

“The gradual return of people to their respective localities is a symbol of peace; so far so good we are doing well.”

“We need continuous support from the Nigerian military, we need sustainable support to ensure that this madness is brought to an end.’’

Zulum called for the creation of jobs for the youth and the provision of enabling environment for citizens to return to their homes to resume their normal lives.

“So, the government at all levels must provide job opportunities to the youths, enabling an environment for the poor to have access to their farmlands. That is what I have been advocating for since I assumed the mantle of leadership as governor of Borno State.”

“We want to encourage people to return to their communities, people to have access to their farmlands, their livestock farms, aquaculture farms.”

“I think this is the only solution. Military solution alone will never solve the problem.’’